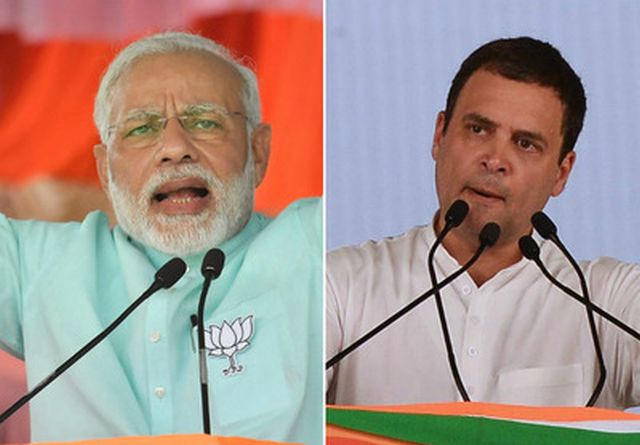 “Dalits are being made second-class citizens”

New Delhi: Countering BJP’s allegations of “ignoring” Dalits during the electioneering to the Karnataka assembly, Congress Thursday alleged that the Prime Minister, chants Dr. Ambedkar’s name and his party BJP “hell bent upon to make Dalits and Adivasis second-class citizens of India. The party also alleged that the Government of India made a massive cut in spending for funds for SCs and STs and a massive reduction of 91 percent in Government jobs.

At the party briefing here, Congress fielded a Dalit leader PL Punia to counter the BJP allegations who is also a former chairman of SCs and STs Commission. Punia said the PM, the BJP, and BJP Chief Ministers seem to be “hell-bent on proving that Dalits and Adivasis second-class citizens of India”.

“BJP’s ‘anti-Dalit’ and ‘anti-Aadivasi’ mindset now branding them Second Class Citizen as the Union Government looks helpless- Dalits are being beaten, made to drink urine, being asked to give notice of Baraat- in Modi’s New India.”

“In its latest attack on the constitutional rights, the BJP Government in Madhya Pradesh has mandated that a minimum 3-day notice be given and the police be informed of any wedding in a dalit family while Police will remain present to supervise Dalit marriage processions’, he added.

The Dalit leader also alleged that despite “the PM’s Ambedkar Jaap violence and discrimination against the SCs and STs not only continue unabated but have reached ridiculous heights reminiscent of the horrid practice of untouchability and ghettoization.”

Defending Congress government in Karnataka, he said it has persistently moved ahead with its affirmative actions to empower Dalits.

He also presented data of BJP-ruled states saying “under BJP’s watch, a Dalit suffers an atrocity every 12 Minutes and every day, 6 Dalit women are raped”.

He also said the government has done a massive reduction of 91% in jobs for SC’s.

Congress leader underlined that even five BJP’s Dalit MPs had publically expressed their unhappiness and have openly voiced their dissent to PM Modi.

He said the government still did not bring an ordinance to set aside the Supreme Court ruling as it doesn’t agree to review its judgment on SC/ST Act.