e-wallet Paytm is another instrument to promote the Hindutva agenda, reveals CobraPost sting 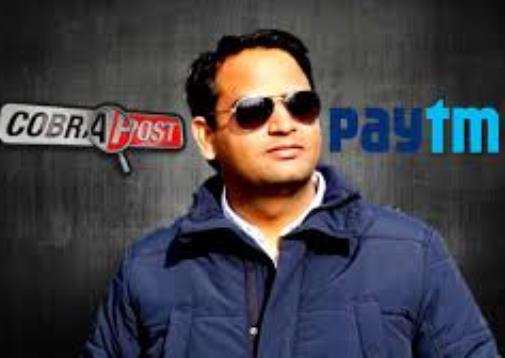 New Delhi : The most trending e-wallet application Paytm is another instrument to promote the Hindutva agenda revealed in a sting operation done by the undercover reporter of CobraPost.com.

In Cobrapost’s investigation titled ‘Operation-136 II,’ the senior vice president Ajay Shekhar Sharma allegedly revealed about their hidden affiliation with the Sangh Parivar as well how they promote the agenda of RSS during the elections through quizzes and other available options on wallet application.

Basically, the investigation has done by the undercover reporter Pushp Sharma, who approached the Paytm vice president in a restaurant of New Delhi. The undercover reporter introduced himself as “Acharya Atal Pal” a part of an NGO named Shrimad Bhagavad Gita Prachar Samiti, affiliated to the Rashtriya Swayamsewak Sangh (RSS).

In the recording Pushp Sharma asked him for a business deal, to promote books like the Ramayan and the Bhagavad Gita on Paytm. On his proposal, the Paytm official said that he doesn’t want direct affiliation with any political party to avoid the controversy, although their sentiments are always connected with the Nagpur based RSS.

Further, he states that he shares the close relation with some core members of RSS and BJP, including the Union Minister for Rural Development Narendra Singh Tomar and Madhya Pradesh Chief Minister Shivraj Singh Chouhan who know him by name and face.

As well the Vice president of e-wallet Company’s also claimed that he had received a phone call from the Prime Minister’s Office (PMO), at a time when stone-pelting was at the peak in Kashmir Valley, to demand the user’s data for identifying the stone pelters.

Before meeting the Senior Vice President of Paytm, the undercover reporter interacted with Sudhanshu Gupta (Vice President at Paytm) at their Noida based office, where Gupta claimed that earlier Paytm had promoted Prime Minister Modi’s book Exam Warriors by making it visible right on the homepage of Paytm application.

With the progress of conversation, Ajay becomes suspected regarding Pushp’s proposal and said that he will talk to the editor of RSS’s magazine Panchjanya, before taking any initiation, as he is not aware of their any such plans.

This is not the first time when CobraPost.com revealed about the hidden reality of the business world and their contribution to promoting the Hindutva agenda but nearly two months before they also reported that how some media houses offer strike business deals to promote Sangh agenda which will help to polarise voters for 2019 elections.

According to a report published in Economic Times, February, the mobile e-wallet subscriber reached to 200 million.

However, the e-wallet company shared a tweet from their official account and denies the claims made by CobraPost Investigation.

“However, there is absolutely NO TRUTH in the sensational headlines of a video doing rounds on social media. Our users’ data is 100% secure and has never been shared with anyone except law enforcement agencies on request. Thank you for your continued support”  – Paytm (@Paytm) May 25, 2018