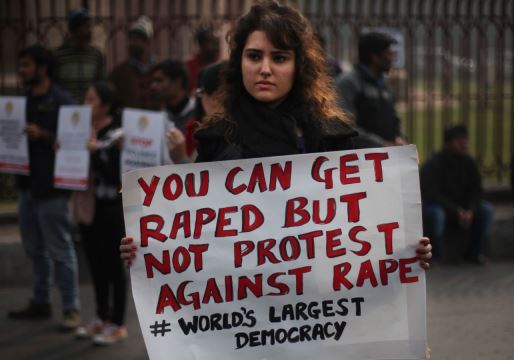 NEW DELHI: National Women’s Front president A. S. Zainaba, in a statement pointing the survey report published by Thomson Reuters Foundation which found India to be the most dangerous place for women, said that the findings of the survey should serve as an eye-opener to the authorities and the society at large.

While the authenticity and methodology of the survey is yet to be verified, it is not a matter to come as a surprise through a new survey that the state of women in India is far from satisfactory. But to know that it is worse than that in war torn countries like Syria and Afghanistan is a matter of introspection for Indians.

Women, who constitute nearly half of the population, face a multitude of challenges in their day-today lives. As women anywhere in the world, in India too they have to confront extreme exploitation, sexual violence, and gender discrimination to survive in the mainstream of the society. The rate of female foeticide is so high that it is causing imbalances in child sex ratio in many states. At the same time, what makes India particularly dangerous is the fact that a large percentage of the country’s women, especially those belonging to Muslim and backward sections, are victims to political, communal and casteist atrocities on a daily basis. Sangh Pariwar fascists specifically target Muslim women during communal riots. Attacks on Dalit women by upper-caste men are a daily occurrence in many parts of the country. In the military controlled regions like Kashmir and North-eastern states rapes and other brutalities by security forces against local women happen with impunity.

A.S. Zainaba stated that along with grassroots efforts to create awareness among the victims to stand up for their rights, both secular and religious forces who believe in equality, human rights and justice must come together to fight for the rights of India women.