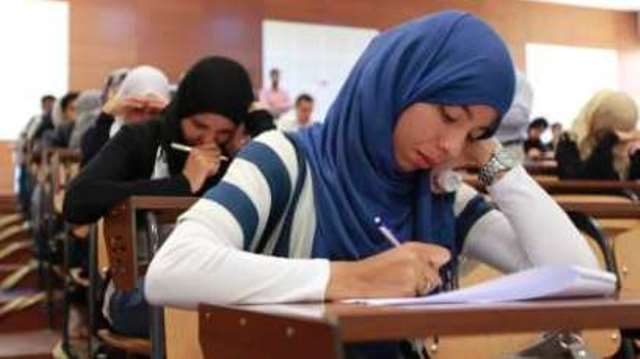 In the triple Talaq verdict, the three-justice bench repeatedly quoted verses from the Qur’an to prove the impermissibility of the deed, which boosted confidence of the community in the empirical and efficient system of the Indian judiciary. But in the Hijab row, Supreme Court judges seem to be overlooking the religious texts completely which ideally should be of the primary source of evidences for issues pertaining to religious practices. This seems to be a purposed move on the part of Justice Hemant Gupta, the SC Judge whose background and nefarious profile compels him to serve the current agenda of the BJP led Hindu nationalist government to marginalize Muslims. He and his wife Alka Gupta were prime accused in Chandigarh money laundering case in 2015. His illegally amassed wealth and properties were under the ED scanner up until he became a Judge at the Supreme Court of India. As soon as he was promoted to the SC in 2018 all pending cases of corruption against him were cast aside and now, he is using his current position to appease the government. If such people are given the responsibility of dispensing justice, then how can common folks trust them or what legitimacy do they really carry becomes a question.

It happened last week, when Karnataka High Court decision could not fully guarantee the protection of freedom of religion, petitioners moved to the Supreme Court seeking justice. The SC judges, Hemant Gupta and Sudhanshu Dhulia on 8th September heard the petitioners, but not to the respite of Hijab wearing students. The remarks made by Justice Hemant Gupta were deploring, he said “If you say right to dress is a fundamental right then right to undress also becomes a fundamental right.” This statement undermined the reality that dressing is not merely a part of civilization and formal culture, but a reflection of a refined behaviour and identity. Moreover, Hijab wearing girls are not demanding their right to wear anything that is inappropriate for class or something which can cause harm to anyone, rather it is just an extra garment which they wish to adorn over and above the prescribed school uniform. A piece of cloth can no way be disturbing to anyone, nor does it hinder anyone’s path to education. But the SC is unable to comprehend that for women who have covered a part of their body for years as a religious obligation to please their Lord, will never be comfortable in removing it in public.

According to Justice Gupta, Islam and Sikhism cannot be compared since the latter “has been completely ingrained in Indian culture.” This is a reflection of a rather misinformed thought trying to project that the Muslim community, even after more than a millennium’s history of contribution to the Indian society and culture, still is not well assimilated in the country. Also, covering the body has been a religious obligation since Prophet Muhammad (PBUH) amongst Muslims and is practiced rampantly across the Muslim world. The Qur’an clearly states the idea of modesty to be followed by both men and women succeeded by the verses of covering in Surah Nur (24:30-31) and also in Surah Ahzab (33:59). Both these places leave no ambiguity, as they clearly mention how the body should be covered in the presence of close relatives and outsiders separately. Just like every other verse of the Qur’an is mandatory for every Muslim to follow, these verses are no exception. If some women do not cover themselves accordingly, it is their personal matter between them and God but that in no way makes covering the head or the body not a religious obligation. Moreover, even before the Prophet most cultures, practiced some form of ‘Hijab’ in the form of ‘Ghunghat’ in India or ‘wimple’ in medieval Europe and if in the present times women wish to cover themselves as an informed choice, nobody has a right to prohibit them.

Today, Hijab wearing lawyers, doctors, IT professionals and teachers are found not just in India but globally, even in so to say ‘ultra- modern’ and developed nations. When countries like the UK can encourage fully veiled Raffia Arshad who went on to become the first judge in 2020 at a UK court or Australia can motivate Tina Rahimi to represent the country in the Commonwealth Games 2022 as the first Australian Hijab wearing boxer then why can’t a country like India which is home to third largest Muslim population in the world respect the basic Islamic practices? Clearly, the Hindu nationalist government is gradually attempting to marginalize Muslim women and obstruct their path on the way of education.The Hijab wearing women were prohibited from giving exams because the government did not bother to think of the future of these girls whose time has been wasted due to this issue. Apart from the time, the mental pressure of alienation that Muslim women are dealing with is immense which can prove to be detrimental in future.

The current controversy needs to be viewed in the prism of a string of events which has made right wingers threatened from the voices of rising Muslim women, driving the government to make such a move. When Muslim women strongly stood for protecting a democratic and secular India during the Shaheen Bagh movement, their real power of being a voice for the community and nation was well reflected. The misogynistic hate mongers were further uncomfortable by the growing achievements of Muslim women in academics, sports or other fields which is why this Hijab row was fuelled to target an intersectional group of marginalized Muslim Hijab- wearing women to break their backs by distancing them from basic education by overstepping on their basic rights as a Muslim woman in independent India.

Hijab is often equated with oppression and something that is contrary to freedom, but it is high time that the Indian society must evolve to view the very concept of freedom with a broader lens.

Freedom is a form of independence from all kinds of fears, apprehensions, insecurities and it certainly is multifaceted which can truly empower Hijab wearing women, equally as it can a Sari adorning woman, a woman in Lehenga-Choli or a woman in jeans and shirt.

Only 3% Muslims are in Indian national media

When will Modi accord a ‘Bharat Ratna’ to Rishi Sunak?

Can India, a Hindu nation, find a solution to Hindu Muslim conflict?

By Dr. Mohammad Ghitreef Since India is not yet a declared Hindu Rashtra, there is …