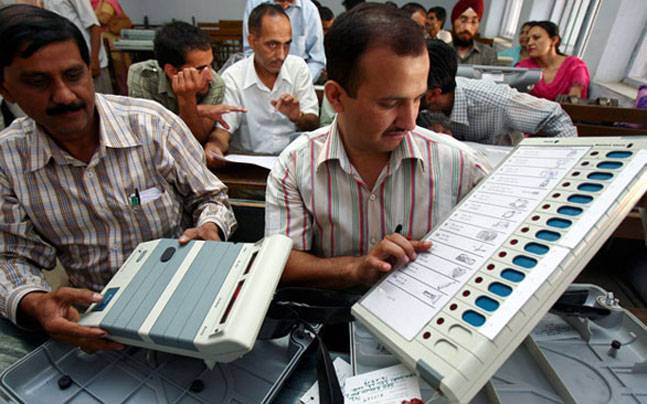 Londond, Jan 21 : In a sensational claim, a US-based self-claimed cyber expert Syed Shuja on Monday said the 2014 Lok Sabha elections were “rigged” and even claimed that BJP leader Gopinath Munde was “killed” as he knew about the “hacking” of Electronic Voting Machines (EVMs), a claim debunked by the Election Commission of India.

Shortly after the claim was made in London, the Election Commission issued a statement saying it firmly stands by the empirical facts about fool-proof stature of ECI EVMs deployed in India.

Making the allegations without proof months before the Lok Sabha polls at an event here organised by Indian Journalists’ Association (Europe), Shuja claimed he can demonstrate how machines can be hacked.

“It is not possible to hack a machine using Bluetooth. A graphite-based transmitter is required to get into an EVM. The transmitters were used in the 2014 Lok Sabha elections. Gopinath Munde was murdered as he knew about the hacking in EVMs,” he said in an interaction through tele-conferencing from the US.

The event was attended by senior Congress leader Kapil Sibal.

Shuja, who claims to be part of the team that designed EVMs used in India, alleged that Congress lost 210 seats in 2014 general election “due to tampering.”

He further alleged that his team members met “a BJP leader in 2014 who knew about this” and “they were killed in an attack”.

The expert claimed “if his people had not intercepted the BJP’s attempts to hack the transmissions during this year’s assembly polls in Chhattisgarh, Madhya Pradesh and Rajasthan, they would have won those states as well.”

Shuja claimed he, too, was attacked a few days ago.

He claimed a private company had helped the BJP to get low frequency signals to hack EVMs and added that Samajwadi Party, Bahujan Samaj Party and the AAP had approached him to know if EVMs could be hacked.

Shuja claimed that someone was “pinging” the EVMs to manipulate data. He added that successive chief election commissioners have told him that EVMs cannot communicate wirelessly. “However, our technology allows you to do it using a modulator at low frequency at 7hz. This is a military grade frequency.”

In its statement, the Election Commission referred to the event in London and said it has been wary of becoming a party to “this motivated slugfest” but it firmly stands by the “empirical facts about the foolproof nature of ECI EVMS deployed in elections in India.”

“It needs to be reiterated that these EVMs are manufactured in Bharat Electronics Limited (BEL) and Electronics Corporation of India Limited (ECIL) under very strict supervisory and security conditions and there are rigrous standard operating procedures (SOPs) meticulously observed at all stages under the supervision of a committee eminent technical experts constituted way back 2010.”

The poll panel said it is also examining “what legal actions can and should be taken in the matter.”

Opposition parties in India have been expressing apprehensions about misuse of EVMs, but the Election Commission has strongly refuted such allegations. IANS