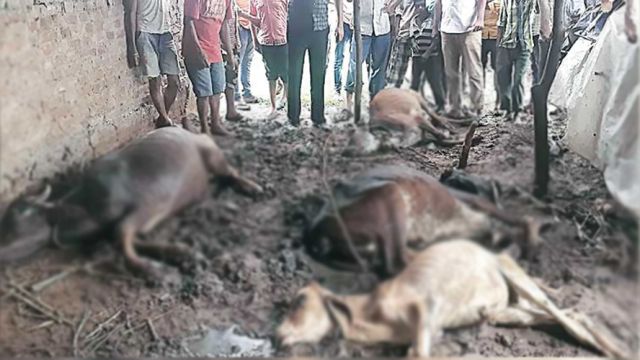 Jaipur : A total of 220 cow carcasses were seized from a warehouse in Rajasthan’s Alwar district early on Wednesday, police said.

Other than the cow carcasses, there were also remains of buffaloes and goats seized from the location.

Singh said that beef was supplied to Haryana, Rajasthan and other surrounding states from this place.

The raid was launched following an arrest of a man on Tuesday and his interrogation, Singh said, adding that a probe was on.

The Govindgarh police sub-inspector also said that the Tuesday’s arrest came after three women were arrested on Monday, when they searched a number of houses and seized 40kg of meat found in their possession.

Veterinary doctors and a large number of people were present when the police raided the warehouse on Wednesday.