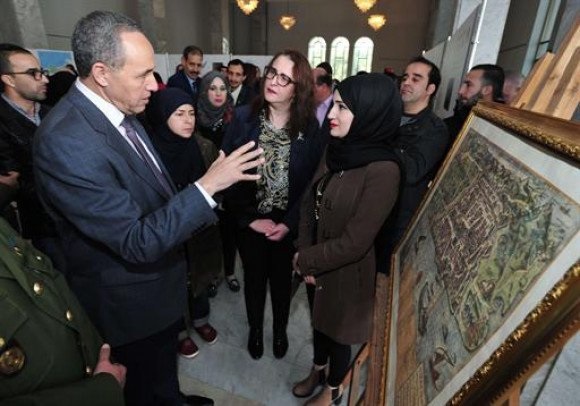 Algiers :Algeria’s National Maritime Public Museum on Saturday announced the discovery of 23 cannons dating back to the Ottoman era, under the waters of Rocher Blanc site, located in the coastal province of Tipasa, west of the capital Algiers.

Director of the National Maritime Public Museum Mokrani Boukari Amel said that a team of divers from the museum discovered the iron cannons, six meters under the waters of the Rocher Blanc site, located in Cherchell area. She added that the site is home to the construction works of Algeria’s largest port Hamdania, pointing out that those cannons have approximately the same shape and size.

For his part, the heritage curator at the museum, Benaouda Nadjib, said that the discovery of these cannons dating back to the Ottoman period was based on information provided by a local resident. He explained that the museum’s mission is currently to protect these cannons, both at the site or by moving them to another subaquatic site, away from the port, since their recovery requires time due to the absence of underwater search equipment. AB/UNA