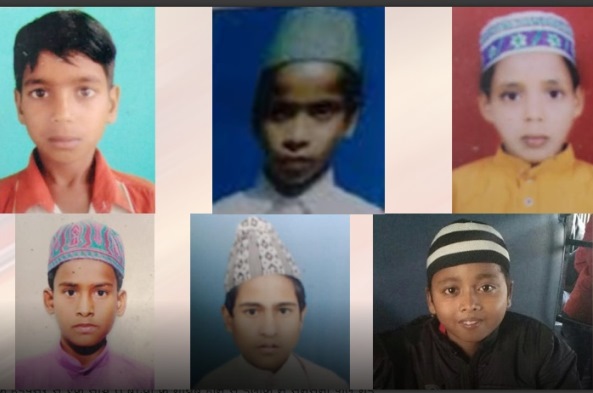 Pune : Fear has gripped in the Pune’s Hadapsar area due to the disappearance of 6 children. The names of the children are Sahad Asr Uddin Raza (13), Annan Mohammed Azad Shaikh (12), Ahsan Nizam Sheikh (15), Shahnawaz Jamaluddin Shaikh (16), Anwarul Israil Haq (13) and Rizwan Alam Salmuddin Sheikh (15). All the children are missing from 3rd July.

According to the police, as per the complaint filed by Mohammed Abu Talib Shabbir Alam Shaikh (26) ,all children on the evening of July 3, Sayyidnagar street no. 21 A. Darul Ulum went to play on the Madarsa ground, Chistiya Jalaliya. When the children did not come home for a long time, their families started looking for them.

Children were found in all the surrounding areas but theycould not be traced. After this, the families filed a complaint in the Wanwadi police station

The disappearance of so many children has left Police clueless. It is feared that somebody may have enticed them. The police is also finding out whether there was any animosity against any of the victims’ families