Actions Forbidden in Islam | Strictly Haram Things According to Islam

The major sins are those acts which have been forbidden by Allah in the Quran and by His Messenger (SAW) in the Sunnah, and which have been made clear by the actions of the first righteous generation of Muslims, the Companions of the Prophet (PBUH). Allah Almighty says in Holy Quran: “If you avoid the major (part) of what you have been forbidden (to do), We will cancel out for you your (other) evil deeds and will admit you (to Paradise) with a noble entry.” (Quran, 4:31) 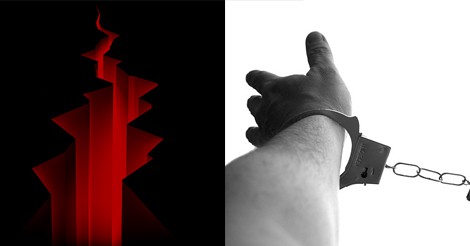 There is one major sin which Allah Almighty will never forgive and that person will live in Hell forever is the Shirk. Allah Almighty says in Holy Quran: “Surely, Allah does not forgive associating anything with Him, and He forgives whatever is other than that to whomever He wills. “ (Quran, 4:48 and 116)

Below we will discuss some major actions forbidden (Haram) in Islam.

These were some forbidden actions that we should try to not commit for the sake of Allah Almighty. There are many others which are not mentioned above. May Allah give us the strength to stay away from these Haram actions! Ameen