Hyderabad: Hyderabad is ever in news for good or bad. But more for the good and pleasantness of its people heedlessly referred to as Nawabs, and their cuisine is an unending exchange of opinions by foodies.

This time around it is the Biryani, the piece de resistance of the mouth-watering  Deccani cuisine. A dish prepared using rice, tender mutton, herbs, and spices cooked over a slow fire that has become so common not only in the sub-continent but also globally. And almost every cook worth his or her name is fully aware of what goes into its’ making.

Recently a twitter brawl erupted over titling any rice and meat cooked together with a sprinkling of herbs and saffron as Biryani, which got many a connoisseur of this dish into unsavory exchanges inconsistence with table manners. But then Biryani, as it has come to stay put, is no more a Hyderabad exclusive. Food is one essential of life that escapes the rigors of copyrights. Even as this Twitterati crossfire was dying, incredible as may be, media recently reported, how a Biryani vendor in Noida, Ghaziabad was assaulted for selling biryani by three youths. Was it for its insipidness or otherwise for matters beyond gastronomy?

Biryani is now become an adventurous kitchen affair, with several variables of the once Turk-Persian delicacy that over the years have greatly improved indigenously in taste and flavor by Hyderabadi chefs and selected households to become an exclusive signature Hyderabadi specialty.

The dish is now become the hallmark of excellence in gastronomy, a must at banquets and feasts. Even, it is said that many a visiting kings, presidents and prime ministers are reported to have asked for it.

But like things good and popular, that are faked and copied, the Hyderabadi Biryani has now become a universal dish, so much so any rice and meat cooked with a sprinkle of saffron and a dash of crimson color to substitute the expensive saffron is sold to unsuspecting customers as Hyderabadi Biryani. Only a blue-blooded Hyderabadi will tell the one from the common.

Distances have shrunk “India” is now vibrant, in almost every metropolitan city. And as people move from one state to another they inevitably carry their culture and food habits along. So rice and mutton cooked together with few local ingredients from across Kashmir to Kanya Kumari is now conveniently christened Biryani.

Kolkata Biryani,  Kerala Biryani, Bangalore Biryani, Bihari Biryani, and the established Bombay and Sindhi Biryani. And of course the much-touted Idrees ki Biryani from Lucknow that gourmets from North fancy over the Hyderabadi is trending fast appealing to the palate of hoi polloi. But as a discerning connoisseur of Hyderabadi biryani claims, “Hyderabadi reigns supreme’

The discerning elders from the royal kitchens of the Nizams and Piaghas opine that nowhere in the world, geography, botany, and zoology play a major role in cuisine, as in the making of Hyderabadi Biryani

The distinct taste and flavor of the Hyderabadi biryani is solely from the mutton used, they claim. Unlike meat from other breeds of ovine, the POTLA, a medium-sized, frizzy skinned ovine feeding on grass and shrubs restricted to the Deccan plateau is the X factor. Its tender meat tastes differently from that of other ovines give the dish its uniqueness in taste and flavor. 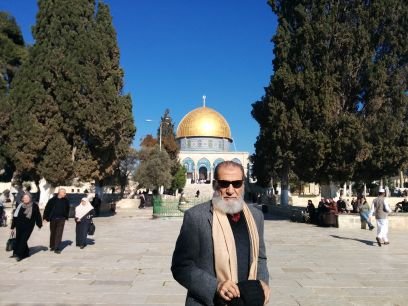