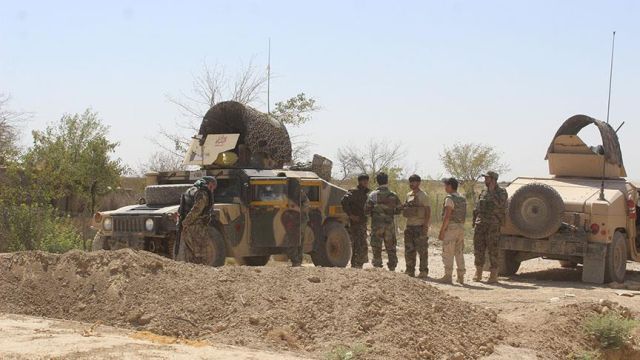 Kabul, Afghanistan : At least 50 Taliban rebels, including two shadow governors, were killed in a joint Afghan and U.S. operation in northern Afghanistan, officials and local media confirmed on Monday.

The Afghan National Army’s 209 Shaheen Corps noted in a statement that a total of 30 rebels including Mula Sarwar, the Taliban’s shadow district governor for Almaar; Mawlawi Habibullah, commander of the so-called red unit; and Qari Zikrullah, shadow governor for Qarghan district; have been killed in northern Faryab province following joint air and ground offensives.

According to the local Salam Afghanistan radio, the operation in this restive part of the country began yesterday and security forces claimed to have killed a total of 50 rebels in two days of offensives.

The Taliban have dubbed these offensives as ‘war crimes’. In a statement, Taliban spokesman Qari Yosuf Ahmadi asserted ‘multiple homes and defenseless civilians have been martyred and injured’ in Almaar district.

Separately, fighting between the Taliban and security forces resulted in uprooting of the main electricity transmission towers in Baghlan province depriving most of the Afghan capital Kabul and seven more provinces of electricity.