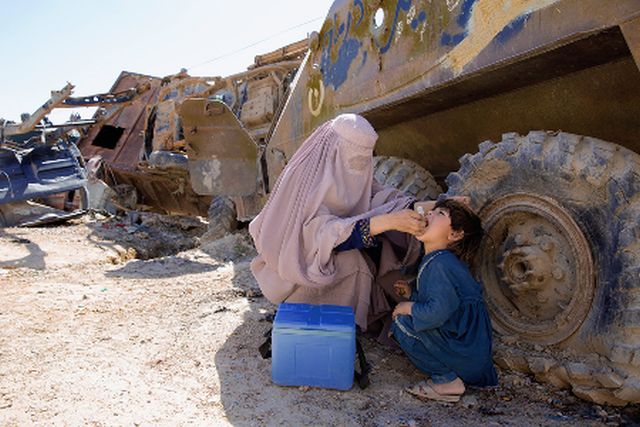 Kabul : The Afghan Public Health Ministry launched a five-day nationwide immunity vaccination campaign on Monday targeting 9.9 million children under the age of five, the Ministry said in a statement.

During the campaign, which is supported by the World Health Organization (WHO) and the United Nations Children’s Fund (UNICEF), vitamin A capsules will also be given to over 8.9 million children aged between six months and five years, Xinhua news agency reported.

“Vitamin A helps to build a child’s immunity and reduces the risk of diarrhea, respiratory infections and measles. It also improves a child’s chance of survival by 12-24 per cent,” the statement read.

The drive was launched after a fresh polio case was detected in Afghanistan in late June, taking the number of confirmed polio virus cases, since January 2018, to nine.

But the ongoing insurgency and conflicts have been hindering the efforts of stamping out the infectious disease in the mountainous country.

Around 1.2 million children from inaccessible areas will miss the ongoing vaccination drive but we are making continuous efforts to reach these children and protect them from permanent paralysis due to polio, the statement noted.

Share
Previous Tagore and translations: Why his works hold indomitable influence in literature
Next Saffron terrorism on prowl in India

Taliban Assure Safety to Hindus, Sikhs in Afghanistan, Asks Them Not to Leave Country

The Fall of Afghanistan with The Rise of Taliban

A young Afghan actress in her 20s, on the condition of anonymity said that women …