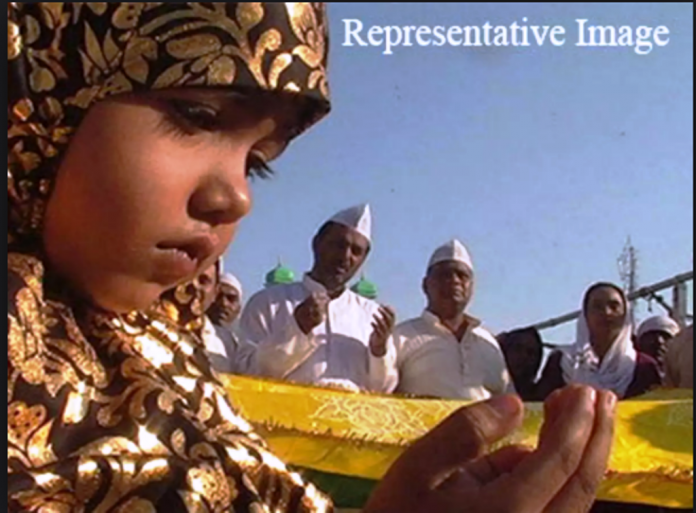 Pune : The globally-revered Ajmer Dargah in Rajasthan has decided to join a Pune gynaecologist’s eight-year old ‘Save Girl Child’ initiative and will strive to make it an international movement, a top shrine official said on Monday.

“In Islam, the birth of a girl child is treated as ‘Huzoor Ka Salaam’ (greetings of the Prophet)… Even in Hindu culture, a female child is considered ‘Ghar Ki Laxmi’. Then how can there be discrimination,” a concerned Salman Chishty told IANS.

He was shocked and alarmed to learn Rakh citing official figures of (Economic Survey 2017-2018) over 6.25 crore deaths due to female foeticide in India in the past 10 years or the biggest “female genocide in the world”.

“For us, it’s like a divine call… We shall take up this campaign in right earnest, in national and international fora, involve the celebs with the commoners, invite Indian and global bodies like the World Health Organisation, for this noble initiative,” Salman Chishty added.

Among others, the Ajmer Dargah will make banners, posters, short films and video-clips for social media and urge Imams in mosques to incorporate and preach in their Friday prayer sermons to the common masses the importance of saving the girl child.

“I shall request personalities like Amitabh Bachchan, Shah Rukh Khan and others to include it in speeches worldwide, request the Government of India to telecast shorts on television channels to make it a truly household campaign,” said Salman Chishty.

Rakh, who is currently spearheading his first ‘Save Girl Child’ campaign in Rajasthan, shot into limelight way back on January 3, 2012, when he announced “free delivery” of all infants girls born in his Rakh’s Medicare Hospital, Pune. The initiative coincided with the birth anniversary of the legendary social reformer Savitribai Jyotirao Phule.

Labelled as ‘Mad Doc’ by the medical fraternity and the community at large, Rakh continued his one-man crusade, and has delivered 1,620 females till May 2019 absolutely free of cost.

This is irrespective of the financial status of the mother/family, normal, ceasarian or complicated cases, followed by a big celebration, free medical treatment and follow-ups for the mother and her baby, and finally caught on the public imagination.

It can cost around Rs 15,000 for normal deliveries or more than Rs 30,000 for complicated cases, which is waived off if a female child is born, irrespective of the financial status of the patient.

The expenditure on these ‘free deliveries’ are compensated from the routine out-patient-department consultation fees or hospital bills of male child births, leaving thin profit margins but a wide smile of satisfaction on Rakh’s face.

“Indeed a far cry from the situation we faced just a few years ago — when the birth of a female child was abhorred and the mothers faced humiliation from the family or community,” said Rakh.

“Not only has my campaign proved to be a super success, it has attracted voluntary participation of 200,000-plus private Indian doctors in the ‘Beti Bachao Jan Andolan’ (BBJA) across the country and even abroad. Over two million commoners to corporates are now directly-indirectly involved in different ways,” an elated Rakh told IANS, which first highlighted his initiative in 2014.

This has already resulted in a sea change in attitude of many, especially the poor and middle-class sections of society who previously were not prepared to even foot the medical bills if a female child was born, he recalls.

“A woman was abused and beaten even inside the hospital for delivering a baby girl, many abandoned the newborn female baby in garbage bins or gutters where they were devoured by stray dogs and pigs,” Rakh recounted horrors from personal experiences.

Today, the reality is different. Many families go happily after begetting a female child, some politely decline the Rakh Medicare Hospital’s ‘free service’, instead, they sponsor the delivery of some male child born to poor parents.

“The biggest compliment came when international doctors requested us to launch similar ‘Save Girl Child’ campaign in different countries. In February, we kickstarted it in Zambia, and soon we are going to the USA, Canada, Middle East, Nepal and other countries,” Rakh said.

Besides the 63 million female deaths in India, the Lancet Medical Journal 2018 says that gender bias killed 2.40 million girls in the 0-5 age group in past years, or 240,000 per annum, and all these deaths were “avoidable, but parents were simply not interested to save them as they were girls”.

For Rakh, it is ‘repaying’ his debts to society through the BBJA, with rock-solid support from his wife Trupti and daughter Tanisha.

(Quaid Najmi can be contacted at q.najmi@ians.in)