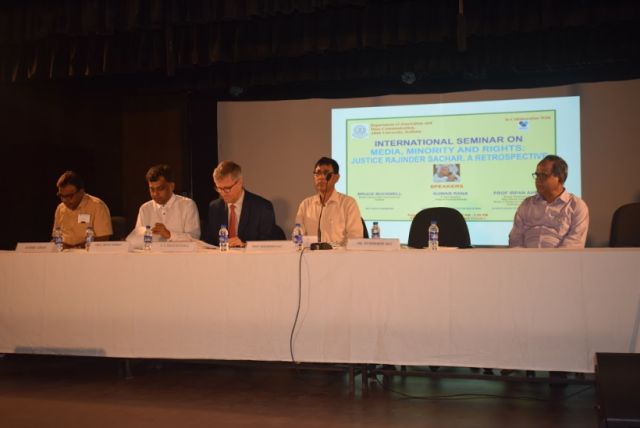 Kolkata: The Department of Journalism and Mass Communication, Aliah University organised an international seminar as a tribute to late Justice Rajinder Sachar on August 14 at the auditorium of Park Circus Campus in collaboration with city-based Ashka’s Foundation.

Prof Mohammad Ali, Honourable Vice Chancellor of Aliah University, noted that the media plays a central role in constructing discourses and communicating information to citizens. He also acknowledged the importance of organising such a deliberation as a tribute to late Justice Sachar whose landmark report helped create debate on the subject of equitable justice. 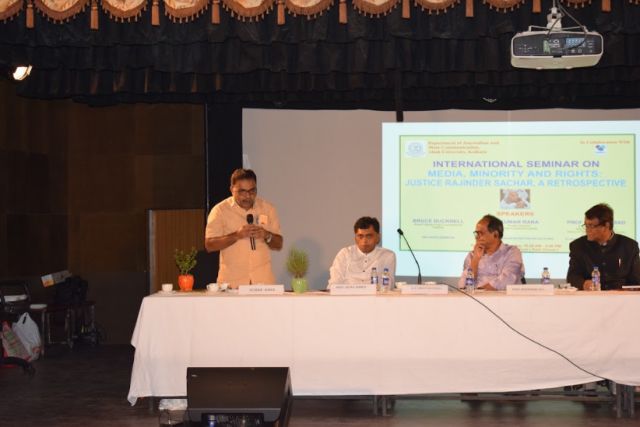 His Excellency Bruce Bucknell, British Deputy High Commissioner, Kolkata spoke on how in this world filled with prejudices and different kinds of phobia, “hate is easy, but love takes work”.

Kumar Rana, Project Director, Pratichi Research Institute, Kolkata spoke on the contributions of Justice Sachar in the “fight for the Idea of India”. He said, “His absence among us is only biological. The spirit of the uncompromising fighter for justice and democracy, equality and freedom, and Indian plurality and its secular traditions is not only living with us but also keeping us awake at the present darkness.”

Prof. Irfan Ahmad, Senior Research Fellow at the Max Planck Institute for the Study of Religious and Ethnic Diversity, Germany chose a very interesting topic for academic deliberation focussing on “Re-Orientalism and the Eclipse of the Sachar Report”.

He said, “Currently, the subject of re-orientalism is most significant. The ruling dispensation and its worldview — the reach of which is well beyond the party lines — is a classic example of re-orientalism as it uses and borrows tropes of orientalism supplied, inter alia, by British colonialism.” 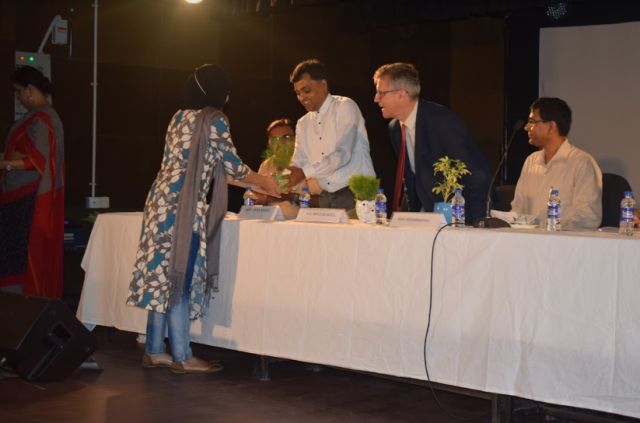 His principal contention was that behind the reluctant, perhaps even insincere, implementation of the Sachar Committee Report under the Congress administration and its near dumping under the Modi administration was the successful mobilization of re-orientalism.

Justice Rajinder Sachar who passed away on 20 April 2018, helped puncture the myth of Muslim appeasement in India. He chaired the Sachar Committee, formed by the Government of India, which submitted its report, in 2006, on the social, economic and educational status of Muslims.

The Department of Journalism and Mass Communication, Aliah University has endeavoured to highlight the complexities of media, minority and rights in this International Seminar as a tribute to the Champion of Human Rights, Justice Sachar, and has attempted to generate a meaningful discourse on the constitutional values of liberty, equality, fraternity, secularism and the rule of law and justice, through an illustrious international panel of speakers.