Allama Mashriqi on Democracy and the Poor 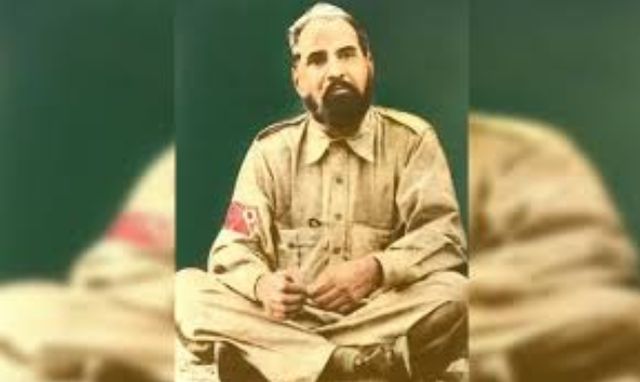 “[Translated from Urdu] Because the poor are the majority everywhere in the world, and the capitalists [wealthy] are fewer in numbers everywhere, the concept of having a capitalist ruling the Government in a democracy is unimaginable, provided that the wealthy and the poor have equal voting power.” ̶ Allama Mashriqi, Hareem-e-Ghaib

Allama Mashriqi, a world-famous mathematician and Islamic scholar, was a humanist, reformer, and a revolutionary. Instead of following a more academic path, he chose to enter politics in British India to empower and liberate the suffering masses. Mashriqi influenced millions of his followers and supporters and his admirers could be found around the world – from Asia to Europe to Africa and America. Mashriqi was not supportive of the prevailing form of democracy, as he felt that it represented the interests of the wealthy few, instead of the majority.

Despite tremendous advancements in all realms since the rise of modern humanity, the various forms of Government have largely remained the same. Democratically elected individuals – who are supposed to be looking out for their constituents and uniting their respective nations and the world – instead often seek to divide people for their own political ends. Human suffering and poverty continue to persist in many parts of the world. And yet democracy in its current form is often portrayed as the best and only form of rule and all other structures of Government around the globe are often condemned.

In his historic speech on November 19, 1863, President Abraham Lincoln referred to a “government of the people, by the people, for the people.” While these ideals are certainly admirable, the ground reality of the current state of democracy is that, in various parts of the world, it creates a deep divide between the rich and the poor; those who have the means to buy or influence votes ultimately gain power. Thus, even under supposedly democratic systems, the rich end up ruling the vast majority of people in the world.

It is time we took a sober look at whether the prevailing democratic systems and policies are truly helping the majority of those who are either impoverished or in the lower/middle class. Even in a highly developed country such as the US, with its vast pool of resources, there is still significant poverty and a lack of free healthcare or higher education. In South Asia, many people do not have sufficient food or even clean drinking water. Under the prevailing circumstances, the current form of democracy in reality seems to be “government of the rich, by the rich, for the rich.”

Allama Mashriqi began his struggle in British India in order to empower the poor and introduce a more authentic form of democracy that truly served the people. He led by example in this endeavor. Along with forming the Khaksar Tehrik (also known as the Khaksar Movement, Spade Movement or Belcha Party) in 1930, Mashriqi – who was a prominent, wealthy and highly educated Nobel Prize nominee (for his book Tazkirah) – shunned a life of luxury and instead chose to live amongst his fellow citizens. Even as he emerged as a powerful political leader, Mashriqi never sought to use his position to build his personal assets, neither did he allow his children to take advantage of his highly privileged position, nor did he use public funds to run his Khaksar Tehrik; rather, he followed the principle of self-reliance. In 1945, Mashriqi published “The Constitution of Free India, 1946 A.C.,” which was a monumental document that sought to establish an India that respected and protected the rights of people from all classes, faiths, and colors. In the document, Mashriqi proposed establishing a Government structure whereby all people (regardless of class) would have representation:

“The other object, besides the simplification of the machinery of government that will naturally result, is to level up the society in India as far as possible, so that no distinction may remain between the rich and the poor, or the high and the low…In order to remove the oppression of the rich over the poor there shall be three classes of constituencies, class I for the very poor class of a community, class II for the middle class and class III for the very rich class, and no voter from any class shall be elected by the vote of the inferior class” (The Constitution of Free India, 1946 A.C.).

Mashriqi asked his contemporaries in the All-India Muslim League and the Indian National Congress to share power with the poor masses. On September 16, 1945, Mashriqi shared his willingness to take the extraordinary step of joining forces with a major rival political party (the All-India Muslim League) for the good of the nation, provided that the latter protected the rights of the poor masses. Mashriqi wrote to Muhammad Ali Jinnah, Head of the All-India Muslim League, that he was “prepared to join the Muslim League [as Jinnah had offered to him] provided it definitely recognises some reasonable share for the poor masses and does not retain all the powers exclusively for certain main leaders. The first step in this direction should be to reorganise the League on more democratic lines and the League President and the Working Committee should be elected directly through a general election all over India” (The Dawn, Delhi, September 20, 1945). The Times of India (November 16, 1945) reported: “The Allama [Mashriqi] was of the opinion that in the forthcoming elections the [Indian National] Congress should allow the Depressed Classes and the Backward Classes to choose their own candidates to ensure proper representation to them.”

Even after the creation of Pakistan, Mashriqi fought to uplift the masses; he felt that a nation needed selfless, educated and dedicated leaders in order to remove oppression and bring justice. Mashriqi published his thoughts on democracy in a number of his works, including Hadees-ul-Quran, Dah-al-baab and Hareem-e-Ghaib. According to Hareem-e-Ghaib, Mashriqi stated:

“[Translated from Urdu] Because the poor are the majority everywhere in the world, and the capitalists [wealthy] are fewer in numbers everywhere, the concept of having a capitalist ruling the Government in a democracy is unimaginable, provided that the wealthy and the poor have equal voting power. But the ground reality is contrary to this because the rich man uses his wealth to purchase power and voting majority. It is this deception that prevails everywhere in Western democracy. Otherwise, in reality, every country should have 80-90% of members [in parliament] from poor communities and 10-20% of members from the wealthy. In this manner, Government by the poor is guaranteed and there will not even be the slightest danger of the rich ruling the Government. Keeping this in mind, the author [Mashriqi] suggests that in each country, constituencies of poor communities should be created completely separately from the wealthy class, so that there is no possibility of the rich contesting elections from poor communities. To further understand this matter, see the title Quran-ul-Urz in the work entitled Dah-ul-Baab (page 31 to 90)…where all of these issues have been addressed…” (Hareem-e-Ghaib, p. 302).

In 1955, Mashriqi published a pamphlet entitled the Human Problem, which was sent to the top scholars and scientists of the world to convey his views. He wrote:

“All vicious influences of Capital can be terminated by one stroke — viz. the entire and effective separation of the poor majority all over the world from the rich minority by creating separate constituencies of equal size in every country. This will bring democracy down at once from the satanic level of today to the real, scientific, logical and human level i.e., the actual rule of those who are the largest in number. Capital will then have its proper position in the world – viz., five percent of sluggards against ninety-five percent of those who think, know and invent, or shed sweat, blood and tears.”

Mashriqi proposed various reforms (which could be adapted to the needs of individual countries) to ensure that politicians served the people, rather than their own personal agendas. Creating different constituencies to empower the poor majority in both developing and developed democracies was one such suggestion. In addition to Mashriqi’s ideas for reform, I also suggest exploring other areas, including the following: (1) providing an equal platform for the rich and the poor to contest elections, (2) allocating a fixed limit for how much candidates can spend on an election, (3) not allowing candidates to get foreign or domestic funding for his or her election, (4) not allowing parties to be able to issue a ticket to more than one family member, (5) having minimum qualifications (if not already in place) for candidates to contest an election, (6) banning candidates from using hate speech (for example, using slogans against any faith or country) to gain votes, and (7) requiring candidates to publish a detailed modus operandi to prevent them from making false promises to win elections.

Throughout his career, Mashriqi championed the rights of the poor and worked against corrupt or selfish leaders who often misled and hijacked nations for their own benefit. Mashriqi’s ideas around providing equal opportunity and political representation to the poor are very relevant today. It is clear that democracy needs an overhaul; Mashriqi foresaw the weaknesses in the prevailing democratic systems and his pragmatic ideas (on this and many other subjects) need to be studied and applied to improve our world.

Scholar & Historian Nasim Yousaf, a grandson of Allama Mashriqi, is a researcher based in the United States of America. He has published many books, articles, and compilations of rare and historic documents (https://archive.org/details/@nasimyousaf) to advance knowledge around the Indian sub-continent’s freedom movement.

A tribute to Abidullah Ghazi : The internationally known Islamic scholar

Why interfaith dialogue is the key to restoring harmony and social cohesion?

By Dr. M A Mufazzal Our society, in general, has always been a heterogeneous community …