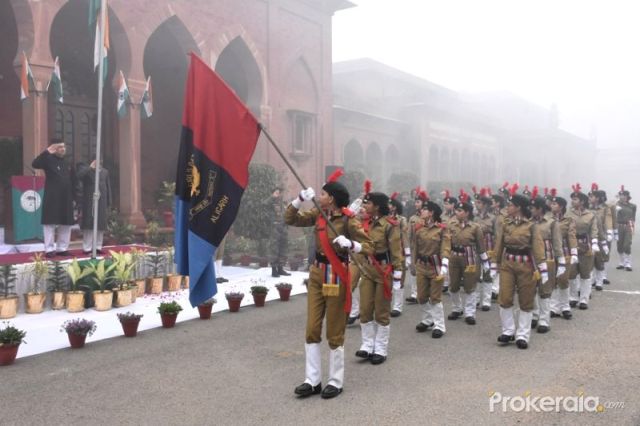 Aligarh : A 200-metre-long Tricolour will be unfurled on the Aligarh Muslim University campus here, a student leader said on Friday.

Earlier in the day, an impressive Republic Day parade was held on the campus where varsity Vice Chancellor Prof Tariq Mansoor took the salute after unfurling the national flag.

“Let the AMU be a catalyst for educational needs of the weaker sections of society. Let us carry forward the message of the varsity founder with renewed vigour and enthusiasm,” he said in his speech.

Share
Previous Triple Talaq petitioner was not given Talaq, used it to save herself from being socially sagmatised: Husband
Next Take back Hinduism: Tharoor, Nayantara Sahgal speak it out loud at JLF