These beautiful words stand out in the hadith from Prophet Muhammad (PBUH). They are words that sit at the top of the webpage for the new non-profit organization Global Aktivine launched by Bosnian-American basketball player Indira Kaljo. The organization is dedicated to providing girls and women with opportunities to be active in their lives — physically, spiritually, and more.

Indira played basketball professionally overseas before wearing the hijab last spring. Only after she began covering did she realize the hijab violates Article 4.4.2 of the International Basketball Federation’s (FIBA) Official Rules, which states:

“The following are not permitted: headgear, hair accessories and jewelry.” tweet

The rule kept Kaljo from pursuing another professional season overseas and, as such, decided to take a job opportunity in Saudi Arabia to teach physical education to girls. Kaljo says witnessing the girls’ passion for play is what inspired her to officially launch Global Aktivne, a step she has wanted to take for a long time:

“Working in Saudi Arabia now, I see the need for Muslim women to have encouragement—just a group of women they can admire, aspire to be like… It’d be nice to have positive role models, women who are going through similar hardships, similar circumstances, and to have that organization offered for them.” tweet

Through Global Aktivne, Kaljo hopes to collaborate with other female Muslim athletes around the world and host clinics and events for girls and women in multiple countries throughout the Middle East, the United States, and beyond. She aspires to create a community—a global group of Muslim women who support one another in their endeavors and show the world they too are empowered, passionate, and active.

The organization’s first project is based on social media with the goal of spreading word. With accounts on Facebook, Twitter, and Instagram, Global Aktivne is asking people to contribute to the #AreYouAktivne campaign from January 31 to February 7 with pictures of themselves and the hashtag. Each day, a winner’s picture is featured on the different media platforms.

At the same time, Global Aktivne is seeking girls ages between the ages of 12 and 18 until February 6 to apply for their youth board to ensure the younger generation’s voices are not only shared, but implemented. Kaljo says of her students,

“I know they’re excited, and I know other girls would be excited as well—so really, it’s just a matter of finding them.” tweet

Once she ties a couple last loose strings, Kaljo has a lot more planned for Global Aktivne. The current #AreYouAktivne online campaign is simply a start to the journey which aspires to see Muslim active women receiving and grabbing the opportunities they deserve. 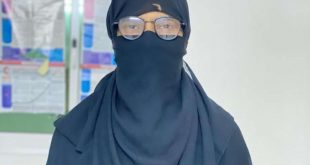 The sad saga of a Hyderabadi mother in Saudi Arabia 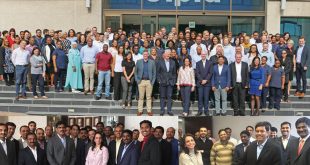