Bengaluru: It was indeed a rare sight, may be unprecedented even, when hundreds of Hindus, Christians and even a few Sikhs were seen entering the 170-year-old Modi Mosque in the heart of Bengaluru.

The majestic Modi Mosque had thrown its doors open to commoners from other religions on Sunday to promote interfaith dialogue, make non-Muslims understand their religion and the functions of a mosque.

The event, named ‘Visit My Mosque Day’, a rare initiative by the Rahmath Group of Thane and Bengaluru was a big hit among non-Muslims. Even though the organisers had restricted the number to just 170 non-Muslims, more than 400 enthusiastic people had entered the mosque by afternoon. Children hold up a placard welcoming visitors in several Indian languages outside the Modi Mosque in Bengaluru on Sunday. (DP Satish/News18)

The visitors included people from all walks of life – professionals, traders, students, writers, housewives and retired persons. The organisers had strictly told all visitors to not to talk politics or discuss the raging controversy over the Citizenship Amendment Act and National Register of Citizens.

The visit included a tour of the mosque, prayers and observation, followed by lunch. 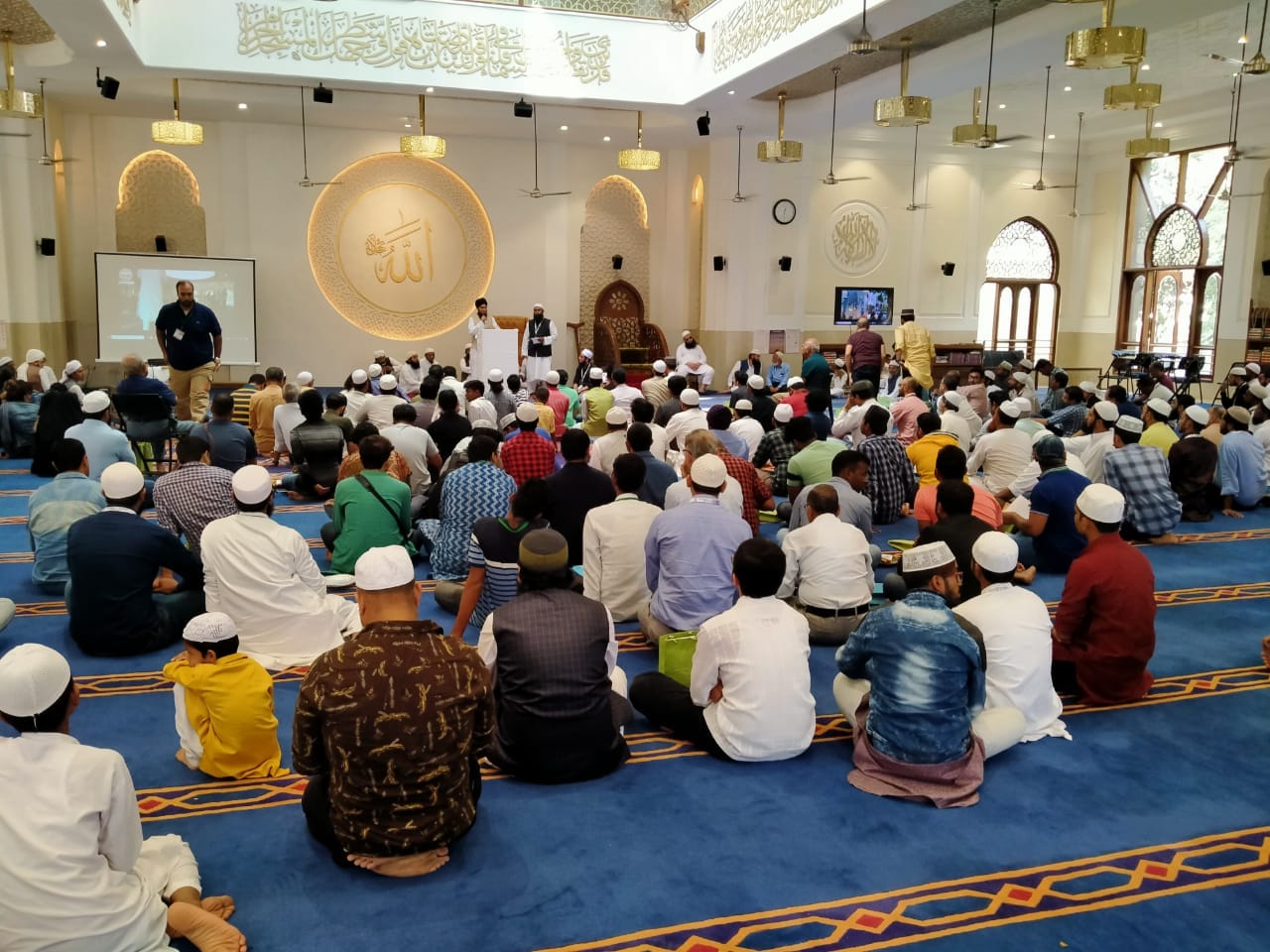 The visitors were given a tour of the mosque and participated in prayers as well. (DP Satish/News18)

Describing the rare experience, Bengaluru-based writer Amandeep Singh Sandhu said, “This this was an excellent initiative and will go a long way in understanding each other’s religion and systems of faith.”

According to a Rahmath Group representative, the initiative had nothing to do with the current political events in the country.

“The event was purely apolitical. We want non-Muslims to understand Islam and the culture of a mosque. Most people don’t even know how a mosque functions. We took the initiative to invite non-Muslims to a mosque. It was a big hit. We are planning to conduct many more such visits in the days to come,” he said.

He added that in September the Rahmath Group had arranged a similar visit exclusively for students studying at a Christian seminary in Bengaluru.

Share
Previous CAA: Changes in criteria since 1955 till date
Next RBI stops the production of ‘easy to counterfeit’ Rs 2000 notes