The coming into power by political Islamists in some of the Arab states (Morocco, Tunisia, Egypt and others) has fired the imaginations and brightened the faces of many a Muslim activist all over the place (may their faces remain bright, political success or not). They believe that this is the moment of triumph for them. Their agenda has won. The skepticism on the part of their critics (with regard to political power in the hands of the movements that have political agenda) was wrong. The idea that Islam can be brought back if true Muslims are in the seats of power, has proved true. Persistence with the policies has paid, and predictions that power will come back to Islamists were not wrong. Now will start the process leading to ultimate triumph. Islam will be brought back at the popular level, Islamic laws will be implemented, and peace and plenty will be gradually ushered. It will take time, things will change gradually, but the trend has begun.

Such are the hopes in the hearts of the Muslim activists, all around. 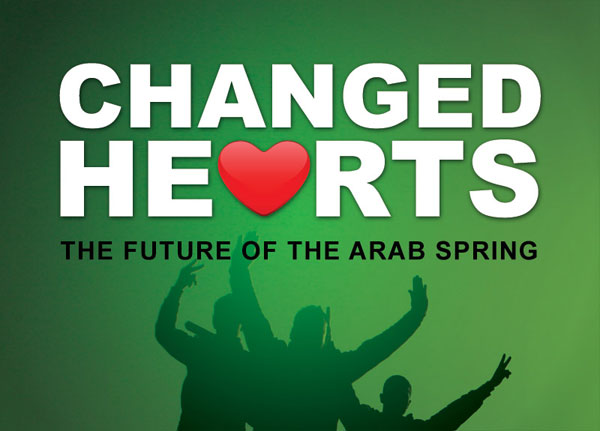 Pessimism is a characteristic that Islam discourages. It instructs us to be optimistic and hopeful. On the other hand, it also warns against dreams. The Prophet said, “Intelligent is he who took account of himself and worked for what is to come after death. And the defeated one is he who followed his base desires, and fastened his dreams upon Allah.”

Thus, there is no room for pessimism, but also, there is no room for dreams, fantasies and complacency. To stay reasonable and realistic is the central, (and therefore, recommended), course in the affairs of this life and of the Hereafter. The results ensuing from one’s efforts do not damage the spirits and enthusiasm of a believer, nor do they dampen the efforts that he has to put up in the path of Islam.

Realism tells us that the political changes that are now taking place in the Arab world, should not be assumed as favoring Islam altogether. It could only be partially so. We say, “it could”, because it will be for the people and their leaders, to use the opportunity of newly-gained freedom, in favor of Islam, and make the best of it – or fail to do it. The flowering of Islam will depend on how best they use the opportunity, rather than ‘how much’ of power they have. The so called “Arab Spring” is a political spring. It is not an Islamic Spring. The label Arab Spring has been given to it by the Western media. Whatever the reasons of Arab revolt, the West and its media hope that there will now appear democracies in the hands of secularists, so that their influence, their grip, and strangling, remain in place.

So far, they had been able to create and maintain monarchies, dictatorships, autocracies, and despotic rules in the Arab world – all of which were subjected to them, and subjugated enough to enforce Western agenda. And the agenda has been nothing more than sucking their resources, weakening Islam, and stamping down any resistance to Israel and its political ambitions.

If the West fears anything it is the appearance of true democracies and popular governments in the Islamic world, that can revive Islam, reverse their policies regarding Israel, and the contracts their Corporates (Halliburton, Black Water and the like) have signed with the previous regimes. These contracts and developmental programs “in collaboration with the West” have bound oil-rich Arab world into slavery, while the non-oil countries are bound by the aid that was provided by the Americans and monetary organizations in the past. The West is afraid that the Arab public could discover it all and press for alterations and cancellation.

Otherwise, the West is not afraid of the new democracies whether they are in the hands of the Islamists or non-Islamists. Their political class is adept at manipulating democracies in their own countries and, remaining within democratic norms, fooling their own public. They will have little difficulty in manipulating foreign democracies. Actually, if they are not seriously concerned about the new leadership falling into the hands of Islamic-democrats, it is because they already have a good grip on the countries of the Arab world. They are aware that the new leadership will soon discover how bound they are to the West, and particularly, its financial institutions, and others. The Arab world owes them billions in interests. The noose around them tightens up more every time they fail to pay out the interests on previous loans.This tells us that no matter who comes to power in the new Middle-east, they remain bound, unable to act completely independently (because of past commitments), until they can manage to remain in power long enough for their economies to generate enough income to come out of the international obligations. This should take about 25 years, if they remain in power continuously, and, most importantly, if their public supports them. The kind of help they banked on to come from the Gulf is now ruled out, because, if they have any extra funds, the West wants it.

On the other hand, from the economic point of view, the Islamic political parties could not have come into power at a worse time. Their countries are sunk in debts, local economies have not developed, but rather depend heavily on imports, agriculture is stagnated, wealth is in the hands of a few, joblessness is high, standard of life is speedily falling, slums are expanding, corruption has spread wide and deep, crime is on the high, and jobs are not being created for the newest manpower leaving colleges and universities. In Egypt, the situation is so bad, that it is said that a common Egyptian cannot buy bread and vegetables together, but only bread; and tax collections is so low that the government does know how to pay its staff. Previously, they used to ask the West for grants and loans (who gave them on stiff conditions). They borrowed from international financial institutions also. But these doors of temporary escape are almost closed. The US is broke and committing robbery in the M.E., Euro Zone is facing the worst economic crisis in its history, and the international financial institutions are unable to offer loans. It is private financial sharks who will lend out, but on very stiff conditions on high prices. Borrowing from them is to invite destruction.

It might be argued that the Islamists might reform the economy, promote local industries, help out the agriculturists, impose Zakah, and take other steps to better the situation. But, where are the funds? Tax collection is falling, business is dull, inflation is on the rise. They might impose the Zakah. But on whom? Can they impose Zakah on the common businesses that are failing, or on the common people who have become paupers? If they impose Zakah on the rich and the Corporate sector, they will demand lower ‘state taxes.’ If neither is agreed to by the new governments, capitalists and their capital will fly out. It is another thing that if the inordinate wealth that the rich have in their possession, is distributed among the poor, it will be pennies by the time it is divided among them.

Thus the new Islamist governments are severely handicapped, and nothing meaningful can be achieved to demonstrate that they are better rulers than the previous ones, except with the co-operation of the common people. The latter should be made to realize that the Islamists are not a magic band which can set things right in months, or years; but that they need decades. The people may also realize that apart from being patient, they need to bring reformation in their personal lives both at the individual as well as collective level. They should turn to Allah en-masse, stop going to graves and tombs, pray five times, learn to pay the Zakah, give out in Sadaqat, change their attitudes towards the neighbors, feed their poor, lift the street-dwellers and place them under some kind of roof, stop lying completely, remove deceit from their dealings, stop bearing false oaths in the courts, give up bribing, stop divorcing their women for minor reasons, the rich class stop being extravagant, etc.

But of course, the most important of all, everyone should agree to the abolition of interest-based transactions and close down thousands of banks that deal in interest. On the political front, the Islamic political party should filter out all those among them who are desirous of power. Following a hadith, the central principle is that nobody is given any political leadership, who covets it.

These are things that the people could do, or avoid doing what is prohibited, in earlier times during older regimes. They did not. But they should, now. What prevented them earlier? They were not prevented by their previous regimes? No doubt those regimes were corrupt. Yes, they did not give them political freedom. But they had all the social and economic freedom that they could wish. How did they use it? Was it not by their choice that they did not do what was obligatory and did what was prohibited? We know the answer. So, now that they want an Islamic system of government, they have to offer their co-operation. If they cannot bring those changes as cited above, then they should not expect the Islamic system to function and bear fruit. An Islamic political agenda will fail miserably, if Islam is not implemented by Muslims on themselves.

To be realistic, this is not the time to be in power. Governing is an extremely difficult task today. Countries with large economies, abundant resources, plenty of skilled manpower, and efficient governments, are cracking up. They are not able to provide even basic necessities to tens of millions of their populations. They have no clue about how to do it, forcing them to raid and loot wealth of others.

The people who are now voting the Islamists to power, are not voting them in the hope that they will re-enforce the Islamic system. That is something the people have to do it themselves. But rather, having been failed by the ruling classes for decades, they would like to give a chance to the Islamists, in the hope that at least these are trustworthy. But, sadly, they believe that their trustworthiness will translate into economic well-being. But, that is not likely to happen, not at least in the short-term, except Allah should release a miracle from Him. If that does not happen, and the Islamists are not able fulfill the hopes of the public that brought them to power, those very people will remove them from power.

If the political Islamists have not learnt that the revolt – primarily by the new Muslims, untrained in Islam – against the regime of `Ali ibn Talib was the rejection of a purely, and puritanically, Islamic system of governance, or that, failure during the time of Zia ul Haq, or the failure of the Taliban after the Soviet withdrawal, was because of the failure to deliver material benefits to their people, in short time, then, perhaps the political Islamists and activists, will then realize that Islam cannot be brought back as a living and vibrant reality through the channels of power. It grows out and flowers as a result of changed hearts.