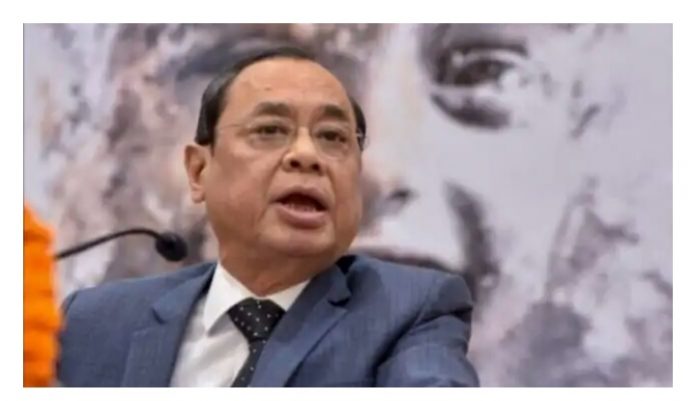 New Delhi, April 20 : Rubbishing allegations of sexual harassment against him, Chief Justice of India Ranjan Gogoi on Saturday said the independence of the judiciary is under threat and there was a “larger conspiracy” to destabilise it.

At an urgent hearing of the matter related to the allegations, a three-member Supreme Court bench, headed by the Chief Justice and including Justice Arun Mishra and Justice Sanjeev Khanna, asked the media to “exercise restraint, responsibility and wisdom so that the image of the judiciary is not tarnished by these baseless allegations.”

Justice Gogoi asserted, “I will sit on this bench and discharge my duties without fear and favour till my tenure is over.”

Commenting on the allegations which were reported in a section of the media, he said: “Things have gone too far. Judiciary cannot be made a scapegoat….There is some bigger force behind the woman, with criminal track record.”

Observing that “there is a larger conspiracy to destabilise the judiciary which has remained independent”, the Chief Justice asked, “in view of such baseless charges, why would any person want to become a judge as reputation is all that the judges have, and that too, under attack?”

The apex court authorities said these allegations were “completely and absolutely false and scurrilous and are totally denied.”