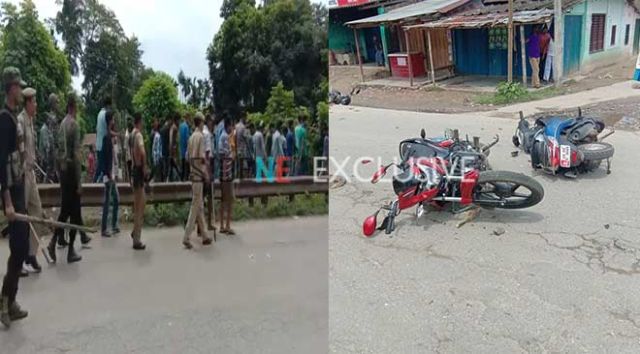 Guwahati : At least six people were injured in a communal flare-up in Assam’s Tinsukia district, forcing police to use lathis and fire tear gas on Friday to bring the situation under control.

The group clash took place at Borhapjan after a Hindu group’s call for a ‘bandh’ was opposed by another group.

The Hindu Yuva Chatra Parishad and others called the shutdown and blockade protesting against the police failure to arrest an Ajij Khan, who they alleged posted a provocative post on Facebook that hurt their religious sentiments, Tinsukia Superintendent of Police M.J. Mahanta said.

“As the youths were trying to enforce the bandh, some friends of the accused stoned the agitators. We had to resort to lathi charge and fire tear gas to disperse the groups,” Mahanta said.

He said the police were looking for Ajij Khan and that at least six people were injured in the communal clash.

Meanwhile, in another similar incident, two groups of people clashed at Doomdooma in the district on Thursday night over Ganesh Puja and Moharram.