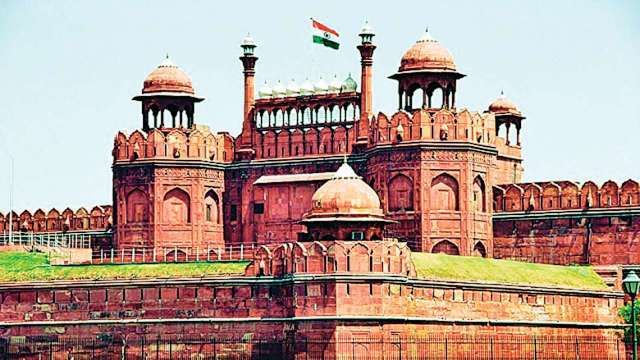 New Delhi: The Communist Party of India (Marxist) and Muslim groups Saturday opposed the Government of India‘s move to hand over the iconic Mughal monument Red Fort to a corporate group. They urged upon the Government to rescind its decision saying handing over this to a corporate entity “is “nothing short of blasphemous”.

CPM said it is against the agreement (MOU) arrived at between the Ministry of Tourism, Ministry of Culture and the Archaeological Survey of India (ASI) and Dalmia Bharat Limited which virtually hands over the iconic Red Fort in Delhi to the Dalmia group for a period of five years in exchange for a payment of 25 crores.

In its own press release, the Dalmia group has announced that the company will ‘have to own if for five years initially’ and the contract gives them the “freedom to make the Dalmia brand prominently visible”. It has the right to use its brand name on all kinds of publicity material to be displayed during events organized at the site and also on all signage. In fact, it will be allowed to proclaim in a prominently displayed sign that the Red Fort has been ‘adopted by Dalmia Bharat Limited’.”

The CPM stated that the Red Fort is not just one of many heritage sites but a place where the National Flag was hoisted in commemoration of the place that the Fort occupies in the history of our freedom struggle. It recalled that the first Proclamation of Indian Independence from British rule was read out from its ramparts by Bahadur Shah Zafar in l857. Subsequently, his trial was held in the Fort. Some decades later, the historic INA trial which played such a significant role in the battle for Indian freedom was held in the Red Fort. It is this fact that the Red Fort is a symbol of Independent India that has ensured that on Independence Day, 15th August, the Prime Minister addresses the nation with the Fort as his backdrop.

It reminded the Government that the Parliamentary Committee that went into the issue of handing over heritage sites to private corporate had decided against this unanimously.

Muslim groups also criticized the decision saying it the world-famed landmark of Mughal-rule in the Sub-continent.

Dr. Taslim Ahmad Rehmani, Chairman, Muslim Political Council of India said Red fort is not a property of the government but public heritage. He told Muslim Mirror that any decision of handing over to the corporate group is an insult to public sentiments attached to this iconic monument.

United Muslim Front also slammed the decision saying it seems that the present government does not like those landmarks that belong to Muslim period. In this connection, the Front president referred the tourism brochure issued by the UP’s BJP-led government which did not mention the iconic landmark of love Taj Mahal.

MUMBAI — In a major development, the Haj Committee of India (HCI) has said that …