‘Death penalty ordinance for raping a child not linked to Kathua’ 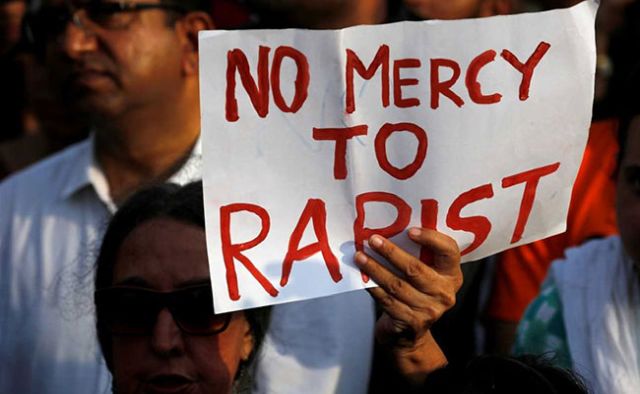 New Delhi : The ordinance imposing the death penalty for raping a child was in the pipeline for long and was not brought because of the nationwide outrage over the rape and murder of a minor in Kathua in Jammu and Kashmir, a top official in the Women and Child Development (WCD) ministry has said.

“It was a criminal law amendment bill piloted by the Ministry of Home Affairs (MHA). And we (WCD ministry) extended our full support to it. The introduction of the new amendment has nothing to do with the Kathua rape incident,” WCD Secretary Rakesh Srivastava told IANS.

“Our minister (Maneka Gandhi) had pitched about it earlier much before the ordinance came into action. We had already moved the suggestion to the law ministry and it was announced on due time,” Srivastava added.

The ordinance, which amended the Protection of Children from Sexual Offences Act (Posco), brought down the age of the victims from 18 to 12 years. The National Commission for Protection of Child Rights (NCPCR), a statutory body under the WCD ministry, has been mandated to monitor Pocso.

However, the government’s move has not been welcomed by lawyers, NGO workers and human rights activists. According to them, the existing act was strong enough and the new law will have a negative impact on the minds of both the victim and the accused.

“Different viewpoints have emerged when the new amendment came into limelight but we haven’t examined all the opinions. I agree we didn’t consult with the NGOs or human rights activists before enforcing the act which we should have done, but we always go through all the ideas which are suggested to us,” he pointed out.

Asked whether the death penalty is the ultimate solution to curb rape cases and reduce incidents of sexual harassment, the secretary insisted that the new act will serve as a deterrent both for criminals and the judiciary with a timeframe now being laid down for trying cases under the act.

“The stringent act will force the criminals to think before committing the heinous crime; there will be a fear of facing the death penalty. This will reduce the rate of crimes against children in the country,” he maintained.

Recently a court in Madhya Pradesh sentenced to death a man found guilty of raping a minor. Pointing to this, the Secretary said that the district courts have started to act quickly on such cases and they are serious about the issue.

However, currently over 112,000 cases under the Pocso are pending before various district courts and High Courts. As per the NCRB data, the pendency rate of Pocso act cases was 89 per cent whereas conviction rate was only 29.6 per cent.

According to activists and lawyers, lack of professionals for Pocso cases at the district level often leads to delays in proceedings.

When asked whether the ministry is working on bringing a quick solution to the large number of pending cases, Srivastava said that the WCD is also pitching for fast track courts so that day-to-day hearings can be conducted.

“Also the time limit for hearing a case has been decided at two months,” he noted.

The secretary also added that the ministry is equally concerned about the sexual abuse that boys below the age of 12 face and are therefore working towards bringing another amendment in the Pocso.

“It (Pocso) has always been gender neutral. Sexual harassment during childhood is faced equally by boys and girls. Under Section 5 of the Pocso act, Criminal Law Act 2013 will undergo the change and it will be introduced by WCD only,” he stated.