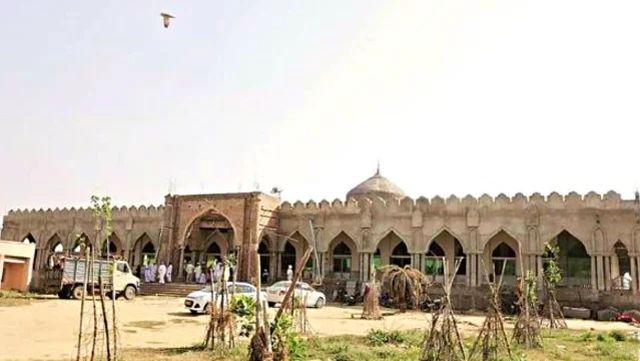 New Delhi: The Delhi Minorities Commission (DMC) has sent a team to Uttawar village in Palwal district of Haryana to probe the allegations about the alleged foreign funding for construction of a mosque.

In this regard, Delhi Minorities Commission chairman Dr Zafarul Islam Khan said the Commission has constituted a committee which will tour the area, talk to police, administration, officials of the local panchayat, people of the area and members of the affected families in order to reach to the bottom of the issue. The committee will present its report to the Commission which will be released sometime next week in a press conference. The committee is headed by the known human rights activist Ovais Sultan Khan, a member of DMC’s advisory committee, Sardar Gurmindar Singh Matharu, member of Sikh Gurudwara Parbandhak Committee Amritsar, and the well-known advocate and human rights worker Abu Bakr Sabbaq. The committee will tour the area tomorrow, Saturday, and will also meet in Hazrat Nizamuddin in Delhi the affected families some of whose members have been arrested over the alleged foreign funding of the mosque in the village near Palwal.

A Muslim leader said it is appalling to note that the National Minorities Commission has been still mainlining silence on the issue which would have seized the matter after serious allegations were leveled against the mosque being built in the village. He said the NCM has become a “showpiece” since it was reconstituted by the present BJP government at the Centre.

Share
Previous No evidence of ‘LOVE JIHAD’ , NIA closes investigation in Kerala
Next Islamic, Indian medieval artefacts to be sold at Christie’s London