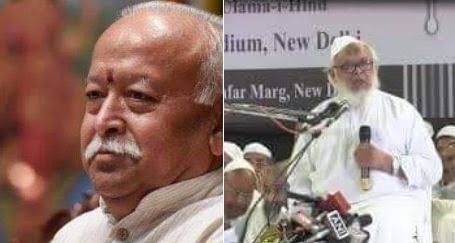 Muzaffarnagar (Uttar Pradesh), Sep 26 Well known Islamic seminary Darul Uloom, Deoband, has hailed Rashtriya Swayamsevak Sangh chief Mohan Bhagwat”s statement slamming mob lynching wherein he said the RSS will not hesitate to act against its volunteers if they were found involved in any kind of violence.

Reacting to the statement, Darul Uloom”s Vice Chancellor Maulana Abul Qasim Nomani told reporters on Wednesday: “The statement of the RSS chief on mob lynching should be welcomed. But, condemning and not supporting such incidents are not enough. There is need of a proper law to stop the mob lynching incidents.”

“It is good to hear. I think they are taking steps to address issues raised by us. The country cannot progress without communal harmony and what the RSS chief said is good and we welcome it,” Madni said

Bhagwat, on Tuesday, had said that his organisation was against all forms of violence and its volunteers work to stop incidents like lynching.

“We condemn all forms of violence. Swayamsewaks work to stop such incidents. If a swayamsevak (volunteer) is found guilty, we will disown him and law will take its own course,” the RSS chief told a group of foreign journalists.

Share
Previous India firms up moves against Turkey cosying up to Pak
Next Ghulam Rasool Khan: The Hero of freedom Ballad of Kurnool