Digital inclusion is still a distant dream in India 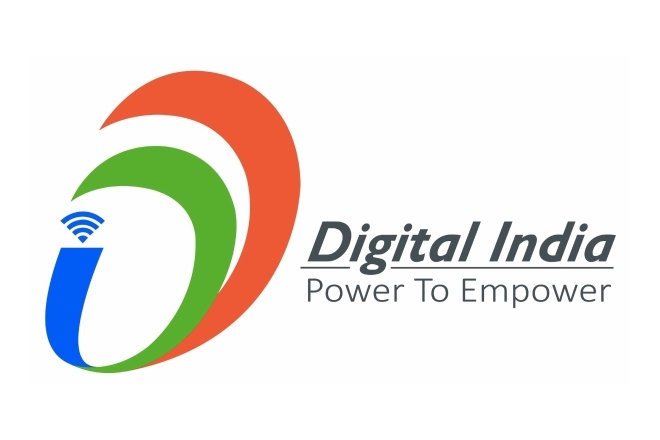 Technology has revolutionized the world. Without innovating & adopting new technologies, no country in the world can make a sustained and fast economic and social advancements in a globalized world. India`s story of digitalization began when the former Prime Minister of India, Rajiv Gandhi, introduced computer science in the country. Taking this step forward, Prime Minister Narendra Modi, launched Digital India project in 2015 under which several programmes such as Broadband Highway, Universal mobile connectivity, Public Internet Access, E-governance, E–Kranti through electronic delivery of services, Information for all, Electronic manufacturing, IT for Jobs, Early harvest. There are several digital India programmes being run by the government in the country in an effort to digitize the whole country. Some progress, of course, has been made but there are still many challenges in the path. It is, therefore, necessary to examine the current status of the progress made in the direction of digitalization. It has been observed that a few people running tech companies in the country are reaping the benefit of digitalization and the majority of the people particularly living in the remote villages of India are excluded from the benefits of digitalization.

According to census 2011, 70 percent of the Indian population lives in the villages of India. “Bharat Broadband Network Limited (BBNL)” was launched to connect 250,000 villages with high speed. Broadband & internet connectivity in the remote villages of India is still irregular. The Internet & Mobile Association of India (IAMAI) survey (2015) also found that 76 percent of Indian respondents cited lack of awareness about the internet as the reason they weren’t online. In addition to this, access to electricity is another hurdle in rural areas, with only 55 percent of rural households having access to electricity (Census of India, 2011).

The World Development Report noted that almost 1.063 billion Indians were offline. (World Bank, 2016).  According to McKinsey Global Institute 2019 report, India is lagging behind the four most digitized economies of South Korea, Sweden, Singapore, and the United Kingdom.

Digital exclusion is astonishing particularly in the villages of India due to poverty. According to India Exclusion Report 2016, internet access in India remains beyond the reach of close to 1.063 billion people as the lower-income group does not have discretionary money4 to spend on cyber cafes or to get Internet connectivity on their own to access digital information.

One study (Ericsson Consumer Lab, 2015) estimates that even with the low and competitive prices of devices and data plans compared with the rest of the world, internet access in India remains beyond the reach of close to 1.063 billion people as the lower-income group do not have discretionary money.

The Ericsson Consumer Lab Report (2015) stated that in India, for the consumers who do not use mobile broadband, affordability was the prime obstacle to the adoption of ICT services as 88 percent of Indian consumers on 2G felt that mobile broadband is too expensive. Two-thirds of Internet users in India are in the age group of 12-29 years as per IAMAI. According to a report by (IAMAI), the gender gap is higher in rural areas as compared to urban.

Digital literacy is the main cause of digital exclusion. The larger majority of India, particularly in the villages of India, still do not feel the necessity of internet in their life. In addition to that, the majority of the people living in remote villages of India have not seen even a computer or mouse but to talk about operating such technological devices. According to (World Bank 2104), language is the barrier. At least 80 percent of all content on the internet is in one of 10 languages: English, Chinese, Spanish, Japanese, Portuguese, German, Arabic, French, Russian, or Korean.

When we talk about digital India we find that the current situation is abysmally dismal in three important sectors viz. Agriculture, Healthcare and education. Agriculture is still the mainstay of the Indian economy. McKinsey report 2019 illustrates that Indian farmers have a dearth of machinery and relatively little data on soil health, weather, and other variables. Marginal farmers are still struggling because of poor logistics and warehousing. Mckinsey reports that $ 15 billion worth of agriculture produce goes to waste before reaching consumers. The condition of the healthcare system in rural villages of India is still pathetic. Government hospitals and dispensaries largely suffer due to short of qualified doctors & nurses. The shortage of free medicine for poor patients in the villages of India is a permanent feature.

According to Mckinsey report 2019, Indian women are three times as likely to die in childbirth as women in Brazil, Russia, China, and South Africa – and ten times as likely as women in the United States. According to India Exclusion report 2016, “Women with no internet are not able to access the vast plethora of health-related services, especially related to the sensitive issues that women are not comfortable discussing with others”.

In the education sector, only rich students are in a good financial position to avail of the benefits of advanced technologies. The online education is gaining impetus due to two important reasons. One, the Modi government is short of necessary funds to support the up-gradation of technical infrastructure in the government-run academic institutions; other, the so-called advisers of Modi government including the RSS want to exclude the people belonging to the marginal sections of a society from the mainstream society by allowing & strengthening online learning platforms in India. For example, the entry of Coursera, an American online learning platform into India is likely to further exclude millions of poor students who can neither afford computer nor internet.

Ravi Shankar Prasad, the Minister for Electronics and Information technology (Meity) unveiled a Start-up portal in Delhi. Five outstanding women tech entrepreneurs who have made a success story in the field of digital India were awarded a certificate and cash money (Rs 2 Lakhs each). All awardee women belong to the higher castes, mostly from Brahmins. These upper-caste awardee women are laced with technical degrees hence they are able to make a successful story. These are few such women across the country. The story of poor women living in slum areas are quite disturbing.

Women living in the slum areas in urban cities like Delhi, Gurguram, etc. do not have knowledge of computers. Some of them did not even see a laptop in the vicinity of their residence. I conducted a survey with 50 poor women in a highly populated slum area called Kusumpur Pahari(Delhi) mostly with migrant families from Bihar, UP, Haryana so & so on. The majority of the women in this slum area work as a maidservant. A 35 years married woman from Uttar Pradesh told about her daily life routine, “I belong to UP and came to Delhi & got married. My husband is a driver. I do not know how to operate a computer. I do not know what is the internet and how it functions. My life is so busy from morning till late evening to meet both ends for the family. Another respondent aged 28 married woman from Bihar commented, “Computer & Internet is electronic toys with which rich and educated people can play & they are playing well. I do not know how a computer functions. Life is difficult in Delhi. I work as a maidservant in DDA flats and do not have time to look for such expensive electronic toys”. A 25 years newly married woman explained I hear people talking about the internet. It costs to have internet facility so my family cannot afford. A 42 years old married woman responded, “I do not know about Facebook, Twitter, Instagram, Linkedin, Whatsapp etc. My children studying in a government school do not have a computer at home. They do not have a mobile phone”.

The age group 25-42 shows that there is a vast gap between speech and action. From this survey, we can draw a conclusion that the majority of poor people have no access to computers, the internet what to talk about cutting-edge technologies. The poverty existing among them will never allow them to rise in life as compared to the awardee tech women. The rich high tech entrepreneurs’ men or women will always exploit these poor people for their own economic advancements.  E-commerce is monopolized by IT firms which are mostly run by rich Brahmins in India. The profit being raised through E-commerce is eaten away by these rich Brahmins in India. The small scale manufacturers in village industries remain in financial debt.  IT firms in India have no agenda for addressing social ills prevailing in the society. For example, in India every 8 minutes, as per a BBC report, a child is missing. Hardly, any IT firm in India work on such social issues & develop a data-driven application. IT firms in India have been following unethical practices under the nose of the government to generate revenue.

In his speech, Ravi Shankar Prasad spoke about women empowerment through digital technology. While talking about some women in the villages he emphasized that today women feel empowered to touch a computer & mouse. But the Minister did not tell how village women are empowered by touching a computer or mouse. It is sorry to say that women belonging to the SC/ST/OBCs, Muslims, Christians castes living in the remote villages of India have no access to computers, computer mouse, and the internet. A tiny percent of urban women are participating in the digital transformation. The gap is as deep as the government of India has no funds to skill the illiterate women living in the villages of India to learn computer and take the benefit of digital transformation. This imbalance will create further social & economic distance between rich & poor. A few success stories in the last five years do not guarantee that India will be at par in technological advancements with China, the USA, Korea, UK, Japan or any developed nations.

As a matter of fact, the digital transformation is only for the elite class of the society, male or female. India is still a super-poor country. The voters as per World Bank poverty line $2(Rs140) a day) in India. By empowering digitally a few in the country will never serve the purpose. Delhi & Bengaluru are not India. The Modi government must first uplift as many people as possible from the poverty then think of making a “digital India”. The unbalanced digital mass movement will cause social & economic turbulence in the coming years.