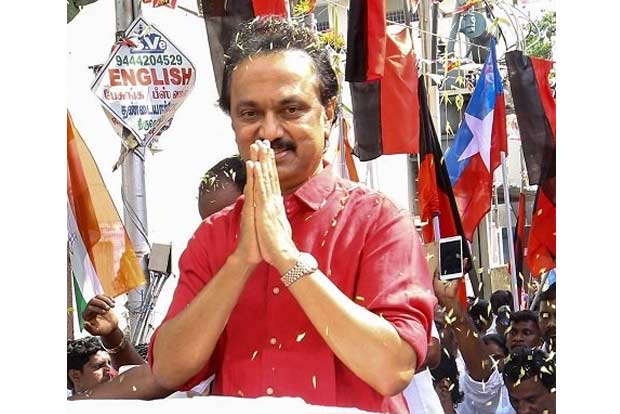 Chennai: The Dravida Munnetra Kazhagam (DMK) on Sunday said it would not allow changing the basic structure of Constitution and condemned the BJP-led central government for moving towards 200 ”janpaths”, abolishing the existing states and district structure.

The DMK in its General Council meeting held here citing reports, resolved that it would oppose the central government”s plans to have 200 ”Janpaths” while abolishing the existing states and districts and urged to drop any such move.

The DMK President M.K. Stalin moved this as a special resolution taking the total number of resolutions to be passed at the meeting to 21.

The party said it is the idea of Rashtriya Swayamsevak Sangh (RSS) to dismantle the existing governance structure and have single structure with 200 ”Janpaths”.

The DMK also resolved that the Constitution should be amended so that all the 22 national languages should be made official languages; bring in proportional representation; allow states to enact laws under the Residuary Powers mentioned in the Constitution and the central government should not act like a big brother.

The party demanded from the central government to amend the Constitution without changing its basic structure.

The DMK also passed resolutions condemning the ruling Tamil Nadu government for inaction on several counts; extending support to the central government schemes and worsening of law and order.

The DMK also passed resolution condemning the Central Government for saving the ruling party members and others who were raided by the Income Tax Department.

Share
Previous Avodhya verdict- a victory for both Hindu and Muslims
Next UK asks Cambridge scholar Dr Asiya Islam, to return to India