Quran is the book of guidance for all mankind. Holy Quran is the 4th and last sacred book of Allah Almighty revealed on Prophet Muhammad (SAW). The Majesty of Allah’s verses is described in the Holy Quran itself. Allah says in Noble Quran: Say: ‘If the mankind and the jinn were together to produce the like of this Quran, they could not produce the like thereof, even if they helped one another’” (Quran, 17:88)

Quran is the Holy Book based on the words of Allah (SWT). Allah Almighty Himself took the responsibility of its protection until the Day of Judgment. Allah says in Quran: “Verily it is a revelation of the Lord of the Worlds, Which the True Spirit brought down upon your heart, [O Muhammad] so that you may be among those who preach.” (Quran, 26:192-26:194) 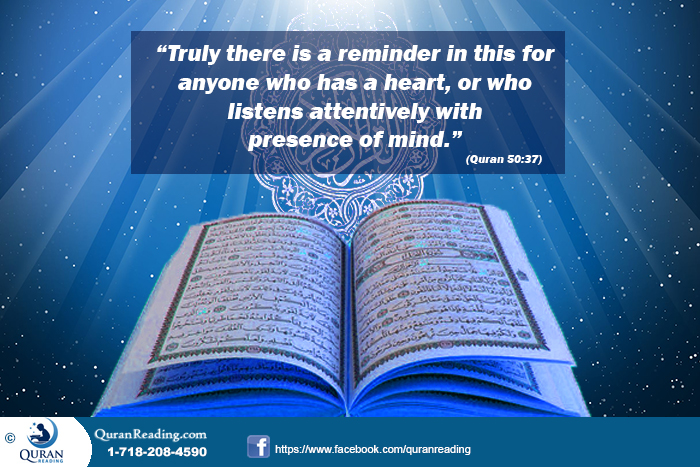 The Quran has a refreshing, uplifting and revitalizing effect on a person who believes in Allah and wants to become closer to Him. Allah (SWT) says in the Quran: “Then do they not reflect upon the Quran? If it had been from [any] other than Allah, they would have found within it much contradiction.” (Quran: 4:82). Besides religious benefits in the form of rewards, there are other benefits and blessings of Quran, which one misses by not reciting it on regular bases.

Some Rewards, Benefits, and Blessings of reciting Quran daily are mentioned below:

Share
Previous Love; The core of Islamic Ethics
Next The Prophet’s ﷺ Heart