Evolution and Its Adversaries (Part 12)

Differentiation is a process in development of a multicellular organism by which cells become specialized for particular functions.

Why spermatozoa should swim upstream, against gravity is not understood, but, all the same, with the male sperm fusing with a female egg in a process called fertilization, replication of the fused cell starts within 20 minutes. One cell becomes two identical cells, two become four, four become eight, eight become sixteen – replication goes on and on.

Every daughter cell is an exact replica of the mother cell. They all have the same DNA, that is, 46 chromosomes, of which one half is from the male and another half from the female. The last divided cell is exactly the same as the first cell that went through the division.

Fig. 12-1: Illustration shows how the cells replicate: from one to two, from two to four and so on to reach about 30 trillion cells in a human body. (Not counting the 40 trillion microbes) 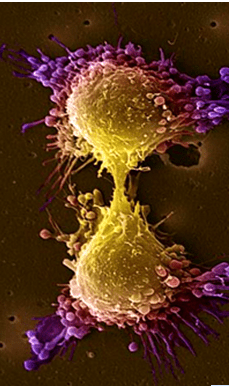 Fig. 12-2: A electron imaging of the moment two cells are about to separate during replication.

Replication in the mother’s womb goes on until – to throw a surprise –in about 3-4 weeks’ time new types of cells begin to appear. Although, these new type of cells have the same DNA and the same genes, they are destined to develop into a heart, a kidney, a lung etc. This change in the functions of the cells is known as differentiation. This is amazing.

The cells were exact copy of each other, and had nothing to differentiate one from the other. They all had the same DNA. But, with further development, newest cells will create 350 different kinds of cells, each of which is – in function – as different from another as banana from lemon, as toes from noses – yet each has the same DNA.

So, what makes them perform different functions while their DNAs have remained the same? If one differentiated cell is taken from one area of the body, say from the toe, and planted into another area, say the nose, during fetal development then, things start going wrong in the body; a toe may appear on the nose.

It is found that: if after a week or so of the fetal development, until when all cells were identical – at that stage –if a layer of cells just below the new and differently developing layer was removed, the top layer refused to appear as differentiated cells.

More and more experiments revealed that it was the layer below the newest layer, (or those by its sides), that were determining what would the next layer be like.

In a second example, something more amazing has been discovered. Researchers studying microscopic roundworms found that manipulating the DNA, its lifetime could be extended by 2-3 weeks. However, that was not as amazing as it was that its descendants also lived a little longer even if the altered genes were removed and original unaltered genes were reinserted. How could the descendants inherit what was not there in their genes? Surely, the genes were not responsible, but something apart from the genes was responsible for the phenomenon.

Thus, the final form of a budding body is affected by influences – some sort of signals–from its micro environment. Exactly how, nobody knows, nor is it in the range of experiment to find out. Elusive though, the process has been known for decades by the biologists, but the ‘why’s could not be discovered.

The process is not as simple as described here, nor are the examples cited above the only ones. But they should do for our purposes of explaining that DNA (or the genes) are not the only determining factor in development of biological bodies.

Therefore, to lay emphasis – as the Neo-Darwinists do –on the notion that alterations in the DNA (mutations) lead to beneficial changes in traits, leading ultimately to evolutionary change, is not a scientific notion. In the words of David S Moore:

“After impregnation and start of cell duplications, somewhere along the line, a small clump of identical cells, the process called ‘differentiation’ begins. While scientists can now trace normal embryological development in detail, we remain largely ignorant of the mechanism by which differentiation occurs. One thing we know for sure, though, is that a cell’s differentiation is dependent on factors arising in other cells in its environment; the development information that dictates how a cell will differentiate does not reside inside the cell, and so it cannot be provided by the cell’s genes.” (The Dependent Gene, p.84, David S Moore)

“… a particular segment of DNA merely contains amino acid sequencing information that, when used in a particular environment, specifies a protein that can do a specific job (because of its unique shape). After a collection of amino acids has been strung together in a particular order, all further development is influenced by nongenetic factors. Thus, DNA cannot be thought of as single-handedly producing complete, functional proteins; it certainly cannot be thought of as producing full-blown traits. Johnston reports the reality concisely: ‘Between amino acid sequences and behavior is a long and tortuous developmental route, most of whose details are at present unknown.’” – (Dependent Gene p. 75)