Evolution and its Adversaries (Part-15)

Symbiotic simultaneity militates against any notion of gradual increases in biochemical complexity vis-a vis piecemeal incrementalism, since natural selection is impotent prior to minimal function. Irreducible complexity, therefore, is a bare knuckled challenge to the heart and soul of Darwinism.

With reference to “irreducible complexity,” we have cited above the example of a gear shaft. But the flagellar assembly is far more complicated. In this case, it is not merely a few parts and single components that are required, but previously assembled devices that must arrive fully assembled, for a Master Assembler to put them together to achieve a complete, functioning flagella assembly. Consider the following sub-assemblies of a motor car: 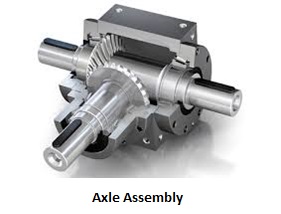 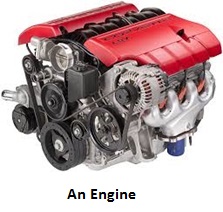 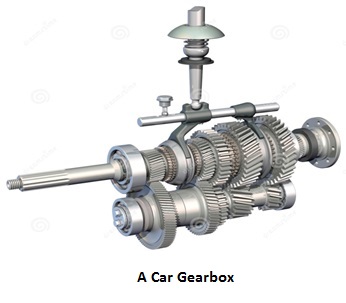 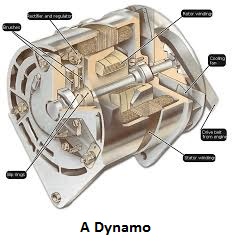 The above various components will have to be designed, manufactured, and assembled elsewhere and then brought to the assembly line of a motor car (along with many more parts and components) to be assembled into a locomotive apparatus. 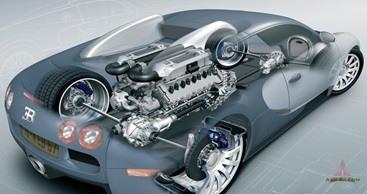 Some of a car’s interior details. Can it be assembled through a process involving hundreds of chance assemblies?

Similarly, various components of a Flagella viz. C-ring, MS-ring, Stator, P-ring, Rod, L-ring, etc., are not single-digit parts. They are components made up of several parts, in fact, many sub-assemblies; and those parts or sub-assemblies (molecules in this case) have no function independently. The cell has a machinery, called Lysosome, whose sole job is to destroy rogue molecules not in use, otherwise, the cell will die. No cell will allow any useless molecule to loiter around for millions of years, or even few replication, before it is picked up to be used somewhere. Before a replication takes place, Lysosome would destroy it. 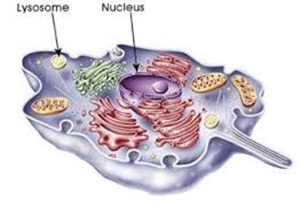 It appears from the design of the flagella that a mind had an idea of what was required to make a bacterium or a spermatozoon to move, and so came up with the design of parts and components – all together – to be finally assembled into a Flagella or cilia. 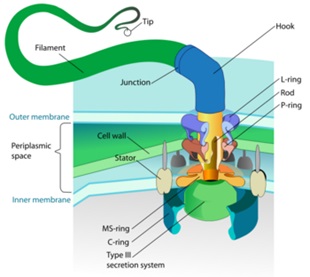 We might paraphrase Behe’s explanation of the flagellum written in another of his work published ten years after his Darwin’s Black Box, titled, The Edge of Evolution:

A flagellum contains three main parts: the base, the hook, and the propelling filament. Within each subsystems there are very precisely made parts. The base houses the motor which drives the rotation of the flagellum. It has three molecular switches that are required to change the direction of rotation: from clockwise to anti-clockwise, as and when required.

It also contains parts (made of proteins) that work as the stator. It has bushings and a protein pump which is crucial to the assembly of the flagellum. The structure of the base is made of several rings, e.g. the MS ring, the P ring, and the L ring. Each of these rings is made up of twenty-six copies of its specific protein.

Through the rings goes a rod which acts as the drive shaft. The rod too is made up of several different kinds of proteins – each made of several copies of the protein.

In Behe’s own words: “The propeller itself is made of tens of thousands of copies of flagellin, a sophisticated protein that can switch between several different shapes. The different shapes then give the elongated propeller a different curl, with varying swimming properties…

While describing the structure of the flagellum in this section, I’ve written rather blandly of ‘protein parts’ for this and that, as if the individual proteins were like so many simple nuts and bolts. That is not the case at all. Like hemoglobin, all the dozens of proteins in building the flagellum are themselves quite intricate and wonderfully suited to their job.”

How do Darwinians explain the flagellum? In the same way as they explain the cilium – usually by a tactful silence, occasionally by Just-So stories… Consider a review of flagellar assembly written by the eminent Yale biologist Robert Macnab shortly before his premature death in 2003. The article of course shows great erudition, and it nicely summarizes the startlingly complex pathway of flagellum assembly.

How did such a pathway evolve by random mutation? In the approximately seven-thousand-word review, the phrase ‘natural selection’ does not appear.” (pp. 262-268)

Going back to the work in which the flagellum was presented as an example of an organelle that defies development through minute mutations over millions of years, we might write: the central thesis of Darwin’s Black Box is that life is characterized by irreducibly complex biochemical systems. By irreducible complexity, Behe means, ‘a single system composed of several well-matched, interacting parts that contribute to the basic function, where the removal of any one of the parts causes the system to effectively cease functioning.’ Such systems are an aggregate of mutually dependent parts, all of which are simultaneously necessary for system functionality. Such symbiotic simultaneity militates against any notion of gradual increases in biochemical complexity vis-a vis piecemeal incrementalism, since natural selection is impotent prior to minimal function. Irreducible complexity, therefore, is a bare knuckled challenge to the heart and soul of Darwinism.

Darwin himself laid down the gauntlet:

‘If it could be demonstrated that any complex organ existed which could not possibly have been formed by numerous, successive, slight modifications, my theory would absolutely break down.’ (Edge of Evolution, Review)

A scientist notes the inexplicable:

The amazing thing to me is that biological systems have tools, processes and other mechanisms that they know how to use with a very high degree of accuracy. I would like to hear more from the evolutionary side where does information come from? Random assignment does not seem to explain these highly efficient mechanisms. Please forgive my terminology; I am an artist. I’m simply blown away by the artistry of these molecular sculptures. It just seems to me that information needs to be present prior to the literal piece that is formed. MotA requires MotB not a derivative or something close. Finally, once the motor is built the organism still needs to know how to use it. It seems that the flagellum would actually be a liability connected to the first organisms that were unlucky enough to have them. What was the mode of motility prior to the flagellum that did not work? How do neighboring bacteria stay alive when they are constantly being whacked by a propeller spinning at 1500 rpms? Truly amazing!!

Michael Behe’s work which raised the question of sudden appearance of organelles whose parts were functionless until the whole assembly arrived, wasn’t too popular with the Evolutionists. Renowned Evolutionists remained silent – they didn’t have anything to refute him, but doubts were raised by others of their own field, on the lower rungs. William Dembski, a well-known biologist answered those at the lower rung. He wrote:

“[F]inding a subsystem of a functional system that performs some other function is hardly an argument for the original system evolving from that other system. One might just as well say that because the motor of a motorcycle can be used as a blender, therefore the [blender] motor evolved into the motorcycle. Perhaps, but not without intelligent design. Indeed, multipart, tightly integrated functional systems almost invariably contain multipart subsystems that serve some different function.  At best the TTSS [T3SS] represents one possible step in the indirect Darwinian evolution of the bacterial flagellum. But that still wouldn’t constitute a solution to the evolution of the bacterial flagellum.

What’s needed is a complete evolutionary path and not merely a possible oasis along the way. To claim otherwise is like saying we can travel by foot from Los Angeles to Tokyo because we’ve discovered the Hawaiian Islands. Evolutionary biology needs to do better than that.” (William A. Dembski, Rebuttal to Reports by Opposing Expert Witnesses; http:// www.evolutionnews.org/ 2011/03/ michael_ behe_ hasn’t_ been_refuted 044801.html)

Have the Leaders Failed the Ummah?

The problem of a definition of terrorism starts from powerful countries, which stubbornly refuse to …