Evolution and its Adversaries (Part-5)

It is stated by the evolutionists that:

“Life has evolved, with occasional interruptions, in ever growing variety and complexity – minute, single-celled organisms (bacteria and algae) to multicellular invertebrate (sponges, snails, jellyfish) to fish with backbones to amphibians to reptiles (including dinosaurs), and finally birds and mammals.” (F. Hitching)

The statement above is quite apparently wrong. But most non-scientists simply get carried away; while the evolutionists never discuss any issue that could expose weaknesses in their theory – until provoked at the highest level. A biologist of renown alone can bring up a subject for an evolutionist to get issued an answer. Until then, the issue is left under the carpet. One glaring example is of the impossibility of intermediaries between mammals and apes. The impossibility exists at every nook and corner of, evolutionary path. For example, the folding design of limbs.

Look at the scientifically unproven illustration below. Apes are claimed to have evolved from quadrupeds (animals that walk on four); then apes, it is claimed, evolved into humans.

During the next 145 million years of evolution, the dominance of dinosaurs ensured that our distant mammalian ancestors remained no larger than a cat. But when a catastrophic asteroid or comet—maybe a few comets, as some scientists are now arguing—finished off the dinosaurs 65 million years ago, mammals got the most important evolutionary opportunity they would ever have. With dinosaurs gone, mammals could exploit the planet’s resources themselves. Within a few million years of the impact the fossil record shows an explosion in mammalian diversity. (http://science.nationalgeographic.com/science/prehistoric-world/rise-mammals/)

But, is that a provable claim? 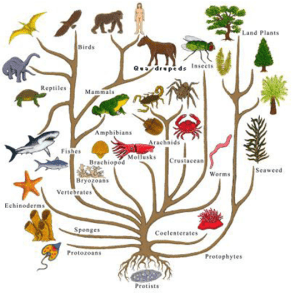 Although Darwin wrote, “a complete and accurate tree of

Let us take an inexplicable case: All quadrupeds except for apes (as well as humans), fold their forelimbs in the opposite directions. A camel, a horse, a gazelle, all close their forelegs by swinging them inward, pointing their hoofs tail-wards in the full fold situation, whereas humans swing them outward and then fold in to be pointing their fingers head-wards. 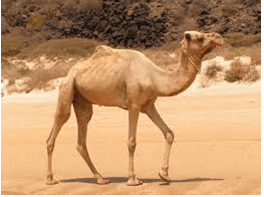 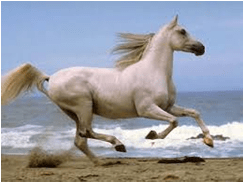 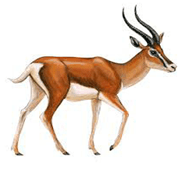 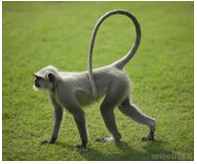 Now, the evolutionary claim is that life-forms evolved in minute steps. So, let us imagine the change of direction of the forelimbs of the quadrupeds, turning one degree in one generation; then perhaps another degree in another generation in a million years, and so on through millions of years. Imagine them with direction of turn having changed by 900. Ridiculous. It doesn’t work. There is no room here for gradual alterations. The direction must change by 1800in one go. But that is far from making a successful achievement because hundreds of bones and muscles must also change shapes and places. Anyone who has the power to make this 1800 change from an mammal to a quadruped would prefer to abandon the mammal altogether, and start anew to create a quadruped. Thus the statement quoted above is glaringly wrong, but escapes notice because of, perhaps, the force of argument by the evolutionaries.

Further, if the bit-by-bit, gradual change theory is true then, what happened to creatures in between? For example, life forms between amphibians and reptiles; between mammals and quadrupeds; between apes and humans?

The theory of evolution envisages the development of life in such stages as depicted below: from the first life (e.g., algae, bacteria) to multicelluar intervebrates (e.g., snails) to those with backbones (e.g., fish), to amphibians (e.g., frogs), to reptiles (e.g., snakes, lizards), to birds, to mammals (e.g., elephants, camels, sheep), to apes (e.g., monkeys, baboons, chimpanzees) to, finally humans. As pointed out above, the Darwinians famously claim that the modification between one species and another was gradual, that took place over millions of years before one species changed into another. 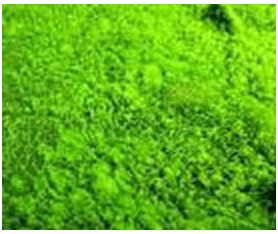 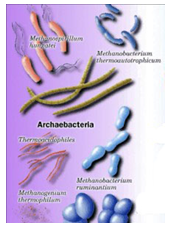 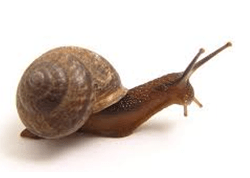 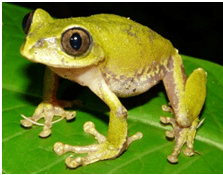 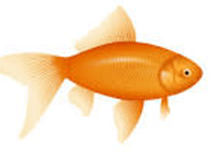 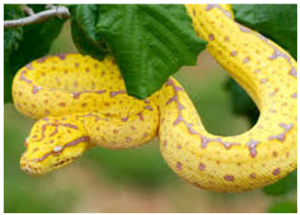 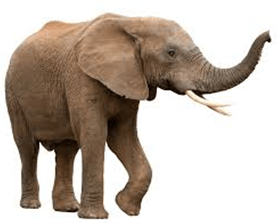 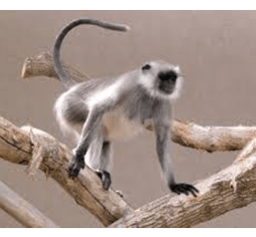 The question that arises, in the words of a scientist, is:

“How did fish become amphibians? The most important body changes to be watched for here are that fins must turn into feet, and plevis must devlope to support amphibian’s weight. On the basis of gradual Darwinian evolution, you would expect a wealth of transitional forms showing the developments of the appropriate fins, the loss of others and the slow strengthening of the pelvic bones.

Yet there are no such connecting forms…”

For years the primitive bony fish called the coelacanth, which was abundant 400 million years ago, was cited as intermediate between fish and amphibians, because its fins had certain limblike characteristics. However, now that several dozen coelacanth have been caught off the coast of Madagascar, all apparently unchanged from their ancestral form and perfectly adapted to their natural deep-see habitat, its status as an intermediate is clearly in doubt.” (Francis Hitchings, Was Darwing Wrong?)

He firmly believed in gradual change, rejecting Saltanization (sudden jumps in evolution), because that wouldimply ‘God’s hand.’ He wrote:

“He who believes that some ancient form was transformed suddenly through an internal force or tendency … will further be compelled to believe that many structures beautifully adapted to all the other parts of the same creature and to the surrounding conditions, have been suddenly produced; and of such complex and wonderful co-adaptation, he will not be able to assign a shadow of an explanation … To admit all this is, as it seems to me, to enter into the realms of miracle, and leave those of Science.”

Darwinians speak of ‘adaptation’ and ‘co-adaptation.’ But in fact, it appears that adaptability does not work with all classes and kinds of biological lives. The Inuit for example (Eskimos) have been living in the Arctic region for thousands of years. But, to combat the biting cold and not get frosted, they have neither thickened their skin, nor have grown thick hair on their body in snow color. The bear of this region, for example, evolutionists claim, have changed their hair color to white to match the surrounding snow and not be spotted by their prey. But humans have stayed put. Does evolution work on bears but not humans?

Another example of failing adaptability is humans’ loss of night-vision. Night vision is entirely beneficial. The ancestors of the humans – the apes as claimed by evolutionists – have lived in the darkness of night for 10 million years, without any inconvenience because they could see in the dark. It is hard to envision their survival without night vision. Now, according to the Darwinists, after the human branch broke away from the chimps, they lived in the darkness of nights for several million years. It is only a few thousand years back that they learnt to make fire, to be able to see at night. What force was acting on them not to, as the definition says, ‘adapt to their changing surroundings,’ to end up with a huge loss of night vision? Indeed, until recent times, there was no change in their surroundings after their supposed breaking away from chimps. Most of this period they lived in forests, sleeping high up in the trees, so often falling off and breaking their bones, or in caves, to be constantly bitten by snakes, scorpions, if not devoured by lions, tigers and other prowling animals, looking for game. But, it seems adaptability insisted on removal of night-vision. Why?

Thus, even the adaptability theory does not seem to be working satisfactorily in view of the fact that laws of nature are universal. They come to the rescue of butterflies, to change their color, butseem to punish humans for no fault of theirs, by taking away their power of night-vision, and a very useful organ: the tail, without leaving any trace of when exactly it was decided that the humans should lose them, despite the fact that removal of tails would have meant revolutionary modifications both at the muscular as well as at the genetic level.

To continue with the claims of gradual modification, does the examination of the illustrations showing supposed predecessors of the humans lead us to conclude that the modifications between one group and another are minor? Do the modifications appear gradual, in tiny bits? Rather, there are huge differences between body forms. Granted that there was abundant time, the gaps too are also too great. Granted that the connection is real, a very important question arises: Where are the intermediaries? For example, there is a huge gap between reptiles and mammals (snakes and elephants). There must have been several hundred intermediaries between them. Why are they missing from among present day life-forms. The evolutionists generally answered that they became extinct. Granted, but why? Why should hundreds between one kind and another become extinct, not one of them spared? They could not explain this with the help of the living, so they resorted to the dead: fossils. But even fossils were missing, so they assured the critics that the missing links required a little patience. Their fossilised forms were waiting for a good amount of digging. Darwin wrote:

“If my theory be true, numberless varieties, linking most closely all of the species of the same group together must assuredly have existed … Consequently, evidence of their former existence could be found only among the fossil remains.”

But the fossil remains that were discovered, before and after Darwin, across 200 years, refused to yield any record of transitional forms. Frustrated, a scientist asked:

“Why don’t we find these gradations in the fossil record, and why instead of collecting thousands of identical individuals, do we not find more intermediary forms? To this Mr. Darwin replies that we have only a few incomplete pages in the great book of nature and the transitions have been in the pages which we lack. By what then and by what peculiar rules of probability does it happen that the species we find most frequently and most abundantly in the newly discovered beds are in the immense majority of the case species which we already have in our collection?” (H.G. Bronn???, as quoted in Darwinism: a Theory in Crisis, p. 94)

“… it is not at all clear whether any living primate populations can be taken to represent truly transitional forms or new forms which led to the next most advanced stages. An example will make this clear. There is no known living member of the order which represent the first erect, bipedal hominid. Nor does there exist any form which transitional between the quadrupedal primates and the bipedal, i.e., a form which exhibits the bony and neuromuscular changes in the pelvic girdle which led to the first erect, bipedal type.” (John BeuttnerJanusch, as quoted in Darwinism: a Theory in Crisis, p. 94)

Darwin seemed to have realized the seriousness of the problem during his life-time and so left a precautionary note. He wrote:

“Geological research, though it has added numerous species to existing and extinct genera, and has made the intervals between some few groups less wide than they otherwise would have been, yet has done scarcely anything in breaking the distinction between species, by connecting them together by numerous, fine, intermediate varieties and this not having been affected, is probably the gravest and most obvious of all the many objections which may be urged against my views.” (Darwin, D: E. 58).

Finally, Stephen Gould, the foremost American paleontologist, a renowned evolutionary biologist and historian of science, had to confess:

… can we invent a reasonable sequence of intermediate forms – that is, viable, functioning organisms – between ancestors and descendants in major structural transitions? I submit, although it may only reflect my lack of imagination that the answer is no….. (as quoted from Panda’s Thumb by Denton, Evolution, a Theory in Crisis, p. 229).