Exports of jute products to rise despite concerns over quality 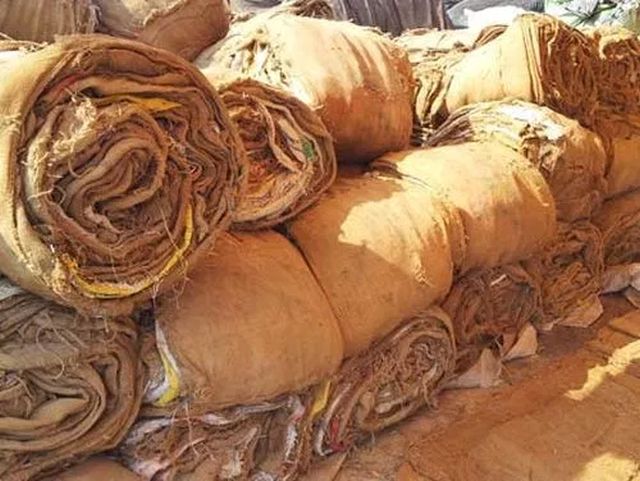 Kolkata : Despite challenges in procuring quality raw jute, exports of diversified products made of the golden fibre are expected to grow over 10 per cent to cross the Rs 600 crore mark in the current financial year, stakeholders say.

“The trend of exports, as well as domestic consumption of jute diversified products, including floor coverings, hand and shopping bags, wall hangings, decorative fabrics and others have been encouraging. Last year, the export growth of these products was less than 10 per cent and, in the current fiscal, the exports are expected to grow by over 10 per cent,” National Jute Board (NJB) Joint Director Susant Pal told IANS.

“Taking the average monthly exports during the last fiscal, the shipment of diversified jute products was estimated to cross Rs 600 crore and in view of the continued trend, the exports are likely to be well above that mark in 2018-19,” another NJB official said.

The United Kingdom and the United States have been the largest buyers of diversified Indian jute products.

The two countries account for about 50 per cent share of total exports while exports to the European Union and the Middle East, as also Japan, are also growing; but in value terms, these are not so big, the official said.

Among various diversified jute products, floor coverings have a share of about 45 per cent while hand and shopping bags constitute around 50 per cent share of total exports.

In a bid to leapfrog the consumption of diversified jute products, particularly in the domestic market, the Centre has been emphasising on the use of technical jute textiles in large infrastructural projects like roads and river embankments, Pal said.

The Standing Advisory Committee (SAC) on jute, at its 25th meeting, had suggested the reservation of jute sacking for packaging foodgrain should be reduced by a nominal five percentage points each year to bring the reservation level to 50 per cent by 2024-25 in view of the need to draw up a roadmap for diversification.

“This recommendation was not approved by the Cabinet Committee of Economic Affairs because the gradual reduction in reservation of jute sacking bags for packing of food grains and sugar over the years could impact livelihood of four lakh farmers.

“But the ministry has been pushing for diversification to reduce the industry’s dependence on government orders of jute sacking,” a Textiles Ministry official IANS on condition of anonymity.

However, millers have been facing challenges in procuring raw jute for manufacturing value-added jute clothes which are being bought by small, micro and tiny units for producing diversified materials.

“Quality raw jute is a must for diversified jute goods. However, 70 per cent raw jute produced in the country is of average to poor grade and is only suitable for production of coarser material like jute sacks. Interventions through projects like Jute I-Care have shown good results but have a limited reach so far,” Sanjay Kajaria, former chairman of the Indian Jute Mills Association, told IANS.

He said millers had no options but to import quality raw jute to produce value-added jute cloth (which are being used for diversified products).

“Roughly, about 60 per cent of imported raw jute fibre is usually being used for making of these types of jute clothes. Moreover, capacity utilisation of producing these varies between 50-70 per cent depending on the availability of raw material,” Kajaria said, adding that prices of these clothes swing widely, causing hardship to small producers of diversified products.

Raw jute growers have also been pointing fingers towards jute-producing states for not giving prominence, like in the case of foodgrain, to the cultivation of this cash crop.

Apart from the export market, according to producers of jute diversified materials, lack of awareness about jute products in the domestic market is one of the major barriers against the proliferation of such goods which are made of the natural fibre and it seemed nobody pays enough heed to the campaign against single-use plastic.