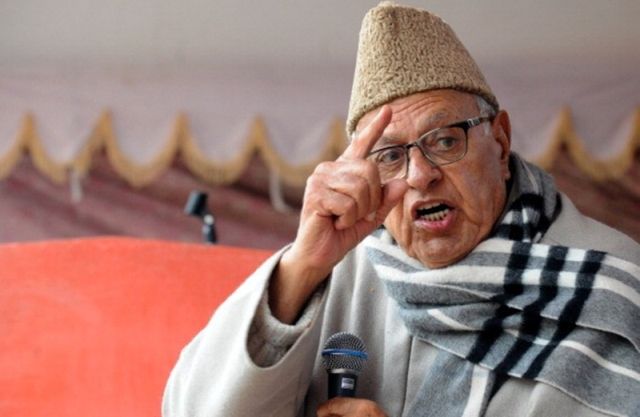 Srinagar : Former Jammu and Kashmir Chief Minister Farooq Abdullah on Saturday threatened that his National Conference (NC) party would boycott the 2019 Lok Sabha and Assembly polls if the Centre does not clarify its stand on the special position of the state.

Speaking to the media at an event commemorating the death anniversary of his father, late Sheikh Muhammad Abdullah who died on this day in 1982, Farooq Abdullah said: “We will not only boycott the municipal and Panchayat polls, but also the Lok Sabha and state Assembly elections if the Centre does not clarify its stand on Article 35A and Article 370.”

The schedule for the municipal and panchayat elections in the state is likely to be announced next week.