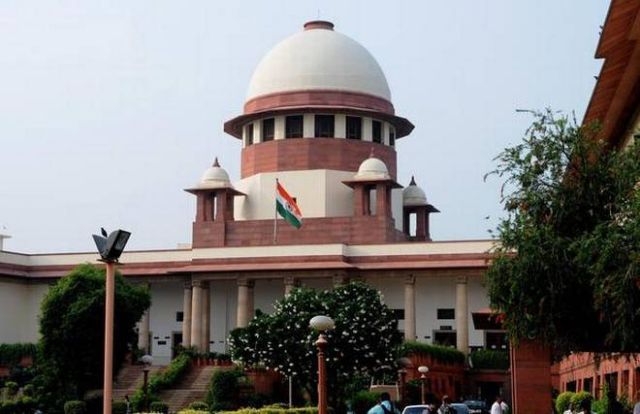 New Delhi : The Supreme Court on Monday said the practice of female genital mutilation (FGM) in Dawoodi Bohra community is violative of Article 21 and Article 15 of the Constitution that guarantees protection of life and personal liberty and prohibits discrimination on grounds of religion, race, caste, sex or place of birth.

“It is violative of Article 21 of the Constitution as it puts the female child to the trauma of FGM,” said the bench of Chief Justice Dipak Misra, Justice A.M. Khanwilkar and Justice D.Y. Chandrachud as the Centre told the court that it supports the petitioner’s plea that it is a crime punishable under the Indian Peal Code and the Protection of Children from Sexual Offences Act (POCSO Act).

“When we are for affirmative push to women’s right, how can it be reversed?” said Chief Justice Misra, adding that a women has other obligations and cannot be expected to submit to the whims of the male.

The court said this in the course of hearing of a PIL seeking to ban female genital mutilation (FGM) or “Khatna”, as it is commonly called, and declaring it illegal and inhuman.

Attorney General K.K. Venugopal told the court that the practice has been banned by 42 countries out of which 27 countries are in Africa.

He said that World Health Organisation (WHO) too has called for banning it.

As senior counsel Rakesh Khanna appearing for PIL petitioner Sunita Tiwari told the bench that the practice prevailing in Dawoodi Bohra community is violative of the constitutional guarantee of right to life, Justice Chandrachud said besides Article 21, it is also violative of Article 15 guaranteeing protection discrimination on grounds of religion, race, caste, sex or place of birth.

Appearing for another petitioner from Dawoodi Bohra community, who suffered the trauma of FGM, senior counsel Indira Jaising said that it is a part of woman anatomy and practice is punishable under the law.

She referred to a resolution passed by the Dawoodi Bohra community saying that their practice can be subject to the law of their host country and said it is banned in Australia and other countries.

“Those who want to perpetuate the practice may argue that IPC and POCSO talk about vagina and penetration to constitute an offence,” Jaising said, “but any touching of genital with the exception of for medical reasons is an offence.”

At this Justice Chandrachud said that “legislation need not read all evils to curb some evils”.

The Centre had in April told the court that the practice of FGM is a “crime under existing laws” and had urged it to “step in and issue directions” on the issue.

“It is a crime punishable with imprisonment of seven years under the existing law…,” the Centre had told the court.

Hearing will continue on Tuesday.

Share
Previous I suffered by joining hands with Modi-led BJP: Mehbooba
Next Morocco against advocates of chaos: King

Shia Board Seeks Arrest of Waseem Rizvi for Blasphemy

Father, Imam Held After Child Dies in Want of Treatment

Representative image. THIRUVANANTHAPURAM — In a bizarre incident in Kerala’s Kannaur, father of an 11-year-old girl …