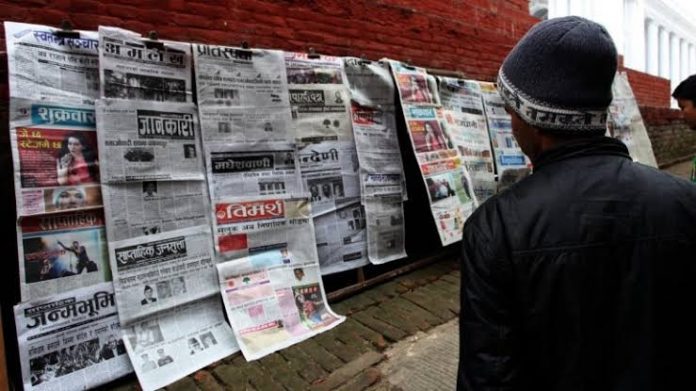 New Delhi, Sep 8 In a clear message to make deeper inroads into the Hindi heartland, the Narendra Modi government has spent over Rs 890 crore in advertising in Hindi newspapers compared to the over Rs 719 crore in the English newspapers in the last five years, an RTI filed by has revealed.

At a time when print media overall is facing rough weather owing to stiff competition coming from digital platforms — chiefly Facebook and Google which together share 68 per cent of digital ads globally — Hindi and regional newspapers across the spectrum (large, medium and small) are defying the trend and flourish in the country.

Leading the pack in the 2014-15 to 2018-19 period was Dainik Jagran that received government ads worth over Rs 100 crore in the given time-frame.

According to the Indian Readership Survey (IRS) for the second quarter (Q2) this year, Hindi and regional players have been the biggest beneficiaries of the readership growth.

When it comes to total readership, English dailies saw a slight growth from 2.9 per cent in Q1 to 3 per cent while Hindi dailies held its 17 per cent reach.

A recent Registrar of Newspapers for India (RNI) report said that the circulation of Hindi and regional language papers grew at a compound annual growth rate (CAGR) of 6 per cent and 7 per cent, respectively, as compared with 2 per cent growth in English-language papers for the FY2009-FY2018 period, according to media reports.

When it comes to English-language newspapers, The Times of India grabbed the biggest pie, grabbing over Rs 217 crore in government ad spend.

The Hindustan Times was second receiving more than Rs 157 crore in government ads, while Deccan Chronicle was a distant third with government ads worth over Rs 40 crore, revealed the RTI.

The Hindu (including The Hindu Business Line) received ads worth more than Rs 33.6 crore in the five-year period while The Telegraph received government ads worth over Rs 20.8 crore.

The Tribune received over Rs 13 crore while Deccan Herald got more than Rs 10.2 crore worth of government ads in the period.

During Modi”s first term as the Prime Minister, a total of Rs 5,726 crore was spent in the five years for publicity purposes.