How a Muslim aristocrat’s art collection became a national treasure 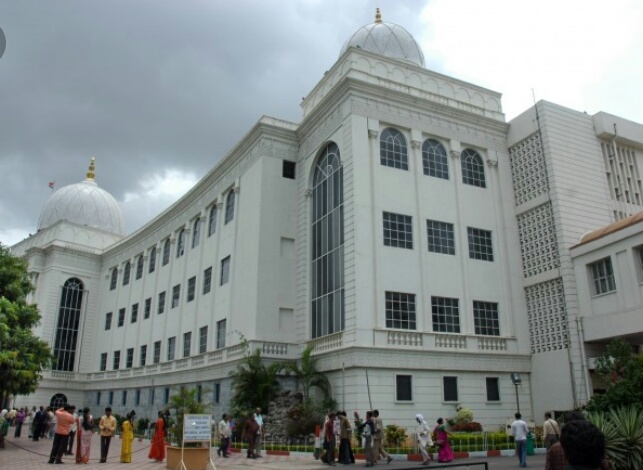 Hyderabad, Jan 20 : In this city of Charminar and Golconda Fort, of pearls and palaces, Salar Jung Museum stands tall as it boasts of the largest one-man collection of antiques and art treasures in the world.

Located on the banks of Musi River, Salar Jung Museum welcomes you as you enter the old city, popular for historical monuments, opulent palaces, mouth-watering cuisine and a distinct culture.

As one walks through 40 galleries of this spectacular museum, it takes a visitor through an amazing journey to a bygone era rich in aristocratic history and culture. The artefacts on display at India’s third largest museum are unique and range through varied periods of time and places in the world.

Though popular as the world’s largest one-man collection of antiques, it is actually the collection by three generations of a family of nobles who served as prime ministers of Nizams, as the rulers of princely State of Hyderabad were known. The family, with the title Salar Jung, was famous for its zeal for acquiring art objects from around the world. The tradition started with Nawab Mir Turab Ali Khan, Salar Jung I. His prized possessions included the ‘Veiled Rebecca’, an enchanting marble statue acquired by him from Rome in 1876.

The precious and rare art objects collected by him for about 40 years find place in the portals of the Salar Jung Museum, which spellbinds history lovers, art aficionados and heritage students.

Yousuf Ali Khan visited Europe and other parts of the world to collect art objects. Later, traders from various countries used to come to Hyderabad to sell their artefacts to him.

“He never spent his money on extravagant spending and never opted for big parties and singing sessions. He invested his money in purchasing rare pieces of art because of which over a period of time thousands of articles were stored in his palace Diwan Deodi. He had this frenzy for collecting more and more and a time came when he realized that there was no more space in his palace and he planned to shift them to another palace but passed away before he could execute his plans,” Nawab Ahteram Ali Khan, a direct descendant of the Salar Jung family and a member of Salar Jung Museum Board, told IANS.

As Yousuf Ali Khan died a bachelor in 1949, the vast collection of precious art objects and library were arranged in a museum in Diwan Deodi to perpetuate the name of Salar Jung as a world renowned art connoisseur. It was opened to the public by then Prime Minister Jawaharlal Nehru, on December 16, 1951. Thus the Salar Jung Museum came into existence. The museum was administered by Salar Jung Estate Committee till 1958, when the Salar Jung family donated the entire collection to the Government of India.

“If the collection was distributed among shareholders, one day or the other it would have been sold off or may have even gone out of the country. The most important thing was to see that it remained in India and in a museum where it could be displayed,” said Ahteram Ali Khan, whose grandfather Nawab Mir Turab Yar Jung was the first cousin of Salar Jung III.

Turab Yar Jung was of the view that by donating it to the nation they were not doing any favour but were only saving their own articles as it was felt that preservation and restoration would incur lot of expenses and only an institution like the Government of India could take care of them.

The priceless collection was donated unconditionally. “Nobody else has done this anywhere in the world. This family should be kept up in a high esteem but it is most unfortunate that by just providing board membership to one member of the family they think they are doing a great favour. What is important is gratitude,” feels Ahteram Ali Khan.

In 1961 by an Act of Parliament Salar Jung Museum was declared an institute of national importance and from 1961 its affairs were managed by the board headed by the state’s governor. In 1968, the collection was shifted to a new building constructed on the banks of the Musi river. Mir Turab Ali Khan Bhavan (Western Block) and Mir Laiq Ali Khan Bhavan (Eastern Block) came up in 2000.

Spread over 10 acres of land, the museum has 9,000 manuscripts, 43,000 art objects and 47,000 printed books. Galleries exhibit artefacts including the ones that date back to the 4th century. It has Indian Art, Far Eastern Art, Children Art, European Art, Middle Eastern Art and Founders’ Gallery.

The biggest attraction at the museum is the 19th century British Musical Clock. Visitors assemble in the clock hall every hour to watch tiny mechanized figures emerge through a door to strike the toy bell.

The other prized possession of SJM includes veiled marble statue of Rebecca created by Italian sculptor G. B. Benzoni. There is a set of ivory chairs presented by Louis XVI of France to Tipu Sultan of Mysore.

Ahteram Ali Khan believes the museum has art pieces in every category one can think of as a treasure of art and history. He feels SJM can boasts of articles which sometimes put even Europeans to shame. Veiled Rebecca, he points out, is one of the four fabulous sculptures, Benzoni spent all his life on. The other three are in France, UK and Italy.

“If you walk into Salar Jung Museum, you see life everywhere. Even the best of European collections are without life. There is dent in French collection. We have dressing table of Marie Antoinette (the last Queen of France before French Revolution) Can you imagine. They would die to keep something like this in their country.”

“The collection comprises more foreign than Indian artefacts and most of the art objects are decorative pieces. We have collections from almost 33 countries,” said A. Nagender Reddy, Director, Salar Jung Museum.