Breaking News
Home / News / If the situation worsens Jamiat Ulama and Muslim Board will be responsible, warns Salman Nadvi

If the situation worsens Jamiat Ulama and Muslim Board will be responsible, warns Salman Nadvi 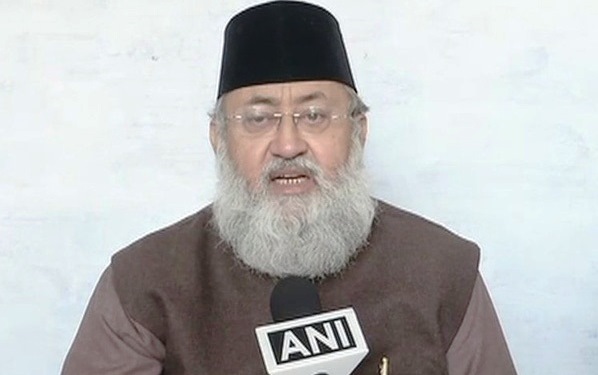 ‘If the situation of the country worsens Jamiat e Ulemas and Muslim Personal Boards will be responsible that’ he wrote .

He has thanked to media which gave space to his stand on Babri Masjid issue.

In his written declaration he said “My point is that there should be the brotherhood among Hindus, Muslims, Buddhists, Sikhs and Christians in the country; all the religious communities should acknowledge that all are the sons of the Lord. Hence the people should settle down their dispute inside the house, instead of appealing in the courts as it reflects the hatred between both the community and their inability to reconcile”.

Maulana Nadvi holds Britishers and now Congress party responsible for creating the bridge between both the communities.

‘After several attempts  by Hazrat Maulana Syed Abul Hassan Ali Hussaini,  to solve the dispute of Babri Masjid  the Masjid was finally demolished and the innocent Muslims faced severe bloodshed throughout the country. Now, again the conditions are serious. We have done our efforts on a reconciliation formula for five months, which will continue and to seek out the   resolution of the dispute outside the court’ he added.

Showing  his disagreement with the Muslim Board  and Jamiatul Ulama’  stand on the issue to wait for the final verdict, he said the contact between the parties involved should continue.

He further added that “I am saying that Hindu Muslim unity must be maintained, and the meetings should continue, but we are waiting for March 14th  the courts next hearing date. I am appealing to the Chief Justice of India to issue a verdict in the month of March and conduct day to day hearing of the case. Twenty five years had passed, many litigants have left the world, please let the court release your verdict as soon as possible, no matter whether the decision comes in favor of the Muslim Personal Law and Jamiat al-Ulema, I would be happy if there will be a mosque, how good it will be to fulfil the wishes of those elders, hence our united efforts will continue for peace and brotherhood to prevail.