Importance of faith based healing can’t be undermined 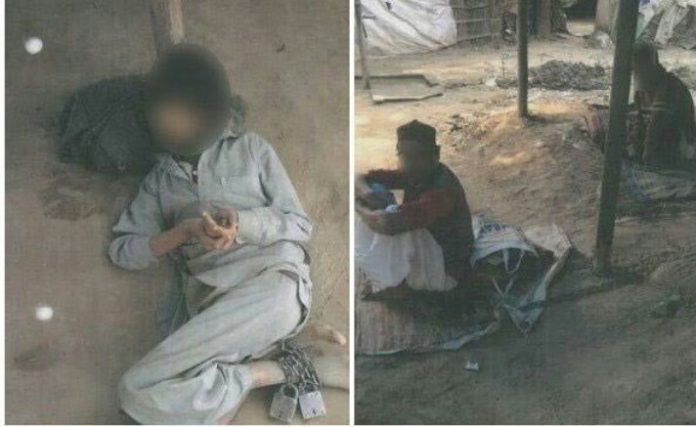 The news of Supreme Court’s intervention in freeing some twenty two mentally-ill persons chained at a faith-based mental center in a Dargah in Badaun, Uttar Pradesh is bit surprising “Dargah” is the name for the tomb or shrine of any Muslim saint.

Surprising not because the mentally ill people were freed from at the orders of the Supreme Court but because the Apex Court has jumped the gun without going into the merits of chaining and taking into account only the human rights violation angle.

Here, the important thing is to consider the symptoms of mentally diseased and the treatment available to cure them. Sometimes mentally ill patients suffer from mood disorder, bipolar affctive disorder, anxiety, depression, hypertension and schizophrenia.  In such symptoms some patients are violent and uncontrollable and have to be in chain to administer them medical treatment.

Many such characters are graphically portrayed in Hindi movies and can be connected mental asylum inmates and are shown in chain or in cage, primarily due to the violent symptoms.

The Badaun district authorities acting on the Supreme Court’s observations freed the 22 mentally-ill patients and handed them over to their family members. They never considered that these patients were creating social tension and their family members have brought them to such a healing centre.  The mental asylums after admitting the patients put them in chains because that’s the only way they can start the healing process.

So before pronouncing judgment on such cases, SC may have a thought how best such mentally ill patients could have been treated and in such context may have underscored the utility of faith based mental healing centre and have suggested ways and means to improve the mental care treatment.

The Badaun Dargah is one among the much spiritual centre in India. The Erwadi Dargah is another such mental asylum in Tamil Nadu.  This faith based mental center hogged the limelight in 2001, where fire broke out there, burning alive some 40 mentally ill patients who were chained and unable to escape the flames.

The Erwadi Dargah incident was one of the most horrifying tragedies in the recent times. However, much water has flown down the bridge since then and now. The Tamil Nadu government has totally revamped the treatment pattern of the mentally ill at the Dargah, while still maintaining the sanctity of the spiritual based healing center.

The Tamil Nadu government in 2013 launched Mental Health Programme at Eawadi Dargah and allocated funds to the shrine. A comprehensive mental healthcare scheme was launched under the ‘Dawa-Dua’ programme. The government opened a psychiatric clinic to scientifically treat the patients within the Dargah premises and acknowledged the spiritual healing power of the Daragah.

Initially there was some resistance for setting up the clinic in the dargah premises because some people pointed to the common belief that mental illness is due to the evil spirits captivating the body and it can be only be cung red by the spiritual praying for forgiveness.

However, after some persuasion they were convinced that the medicines can only work inside the dargah premises because its power may magnify by the blessings of the holy ‘Saint,’ who lies buried there.

The healing power of the Erwadi Dargah increased many fold soon after the setting up of the psychiatric clinic under ‘Dawa-Dua’ programme there. The news of the astonishing treatment at the Dargah under clinical and spiritual guidance sunk well among the people who started flocking in this forsaken town.

Boyed by the successful implementation of the ‘Dawa-Dua’ programme, the state government has earmarked an additional Rs 7.5 lakh to build a 50-bed psychiatric hospital at the dargah premises.

So successful is the programme that it has sparked interest among other religious community especially Christian faith and they are visiting the Erwadi Dargha to study the programme to replicate in their own religious establishment.

The faith based mental centers especially the Muslim shrine are dotting the Indian land scape. Here the arguments over faith versus science do not work here. The common man flocks to the Dargah to ward off the evil spirit from their body and the spiritual healing process there cure them from their illness. So one can say what one want about such faith based healing system but the results clearly explains that it is inexplicable to which modern science have no answers.

It is in the main reason Tamil Nadu government   established a psychiatric clinic at the Erwadi dargah due to its social pull factor. The mentally ill here get psychotherapy treatment and also spiritual healing at the Dargah premises.

The Erwadi Dargah is 200 years old faith based healing centre for mentally ill patients in Tamil Nadu. It is the abode of Hazrat Sultan Syed Ibrahim Saeed who died in 1792.  The shrine receives 1000 visitors each day some being mentally ill patients. Those having violent symptoms are chained within the dargah’s premises after that they receive treatment at new psychiatric clinic, “Dawa-Dua”.  Its only after their nerves get cooled they are set free to carry out the rest of the treatment till they are fully cured.

It would be in fit of things if the Supreme Court had ordered the Uttar Pradesh government to revamp the mental centre at the Badaun Dargah on the lines of Earwadi Dargah. Even, it could have passed a suo motto order that all such faith based healing centres should be upgraded as faith and science healing centers.

However, euphemistically one can say that just like the statue of justice that is blind folded, the learned seers of justice have delivered the judgment missing the trunk from the branches of the tree.

Syed Ali Mujtaba is a journalist based in Chennai. He can be contacted atsyedalimujtaba@yahoo.com