Importance of the Month of Rajab | Month of Allah, Isra, Miraj

Rajab is one of the Islamic months listed in the Islamic calendar. Every Islamic month has its significance which is recognized by every Muslim around the world. But four Islamic months are most sacred months in Islamic calendar in which Rajab also includes. Rajab is the seventh sacred month in Islamic calendar. If we consider the contextual form, then literal meaning of Rajab is “respect”. In Holy Quran Allah Almighty says about this sacred month in these words: “Undoubtedly, the number of months with Allah is twelve in the Book of Allah since the day He created heavens and the earth. Four of them are sacred. This is the right religion. Therefore, do not wrong yourselves in these months.” (Quran, 9:36) 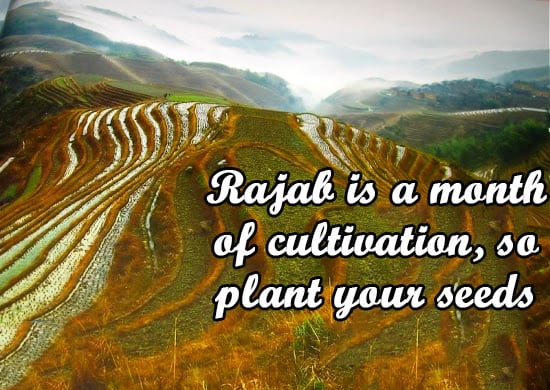 We all know yet Ramadan is considered as the month of fasting, but it is the month of Rajab that lays down the road to Ramadan the month of blessings and goodness. There are days in the month where fasting acts as an extra reward for every Muslim. Our beloved Prophet (PBUH) says about the importance of Rajab in these words, “In Paradise, there is a canal named Rajab. Its water is whiter than milk, cooler than ice and sweeter than honey. The one who observes even a single fast in Rajab, he/she will be entitled to drink its water.”

The most important event in the Islamic history is on this sacred month, on the 27th of Rajab the night of Isra and Shab e Miraj occurred. In this night Muhammad (SAW) visited the heavens in just a second. In Quran, it is written: “Exalted is He who took His Servant by night from al-Masjid al-Haram to al-Masjid al- Aqsa, whose surroundings We have blessed, to show him of Our signs. Indeed, He is the Hearing, the Seeing.”(Quran, 17:1)

Most of all, the Holy Quran itself talks about Rajab and how it is one of the four most sacred months. Now it is up to us to gain as much as blessings we can from this Holy Month. So we can say that worshipping Allah Almighty during the month can help us gain tremendous rewards and these rewards can be gained by simply reciting the Quran.

Share
Previous How does a Muslim get to Heaven? | Major ways of Getting to Jannah
Next Importance of Seeking Knowledge in Islam