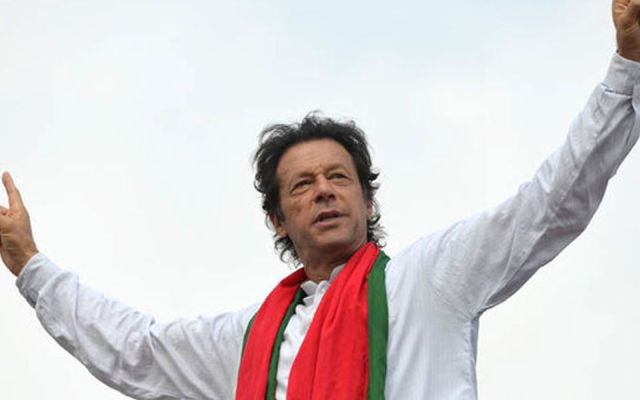 It would seem rather presumptuous on the part of Pakistan Tehreek-e-Insaf (PTI) Chairman Imran Khan to declare that he would take oath as the Prime Minister on August 11, after addressing the nation and sort of laying down his policies for the next five years — because he is still short of the half-way mark. For this, he might just be helped by the “deep state”.

The way things are stacked up now, the PTI, with 115 seats, is a little over 20 short of the halfway mark of the 269 seats contested in the National Assembly (the contest for three seats are to be held at a later stage). PTI’s tally may come down to 109 after those who contested from twin constituencies step down from one of the seats. The total number of seats in the Assembly are 342, with 70 of them reserved for religious minorities and women which are allocated in proportion to the winning numbers in contested seats.

The PTI will, of course get a fair number of the 70 seats reserved seats. But it will remain short of the simple majority. The PTI leadership has reportedly approached disparate groups like the PML-Quaid (PML-Q), the Muttahida Qaumi Movement-Pakistan (MQM-P), the Grand Democratic Alliance (GDA) and the Balochistan Awami Party (BAP), as well as Independents, to shore up its numbers.

That is certainly treading on thin ice.

Take, for instance, the PML-Q, founded by its present chief, Shujaat Hussain, and Mian Muhammad Azhar — with an enormous leg-up from a certain Pervez Musharraf. The bulk of its members were initially in the Pakistan Muslim League-N (PML-N) and broke away after the 1997 general elections to protest against Prime Minister Nawaz Sharif turning it into a “family fiefdom”. Then, in 1999, it vociferously supported the military coup by the army chief, General Musharraf, after Sharif attempted to prevent his plane from landing at Karachi on his return from Colombo.

Thus, it was not surprising that the PML-Q should have been dubbed the “King’s Party” for the support it received from Musharraf during the 2002 general elections, enabling it to win 126 seats in the National Assembly with a 25.7 per cent vote share. However, its tally dropped to 60 seats in the 2008 general elections and further to two in 2013. It claimed four seats in the current polls.

Let’s now consider the Muttahida Qaumi Movement-Pakistan (MQM-P), a splinter group of the Muttahida Qaumi Movement-Pakistan (MQM) founded in 1964 by the charismatic Altaf Hussain, who has not been able to return to the country for decades from London due to a slew of cases related to murder, targeted killings, treason, inciting violence and hate speeches against him.

The MQM has for long ruled the southern Sindh province but is largely held responsible for the targeted killings of Mojahirs, the immigrants and their descendants who moved to Pakistan from different regions of India after the partition of the sub-continent in 1947. On the flip side, it does have 24 seats in the National Assembly.

The Grand Democratic Alliance (GDA), a rag-tag group of disparate political parties, came together just ahead of the 2018 polls as a grouping opposed to Sindh’s ruling Pakistan People’s Party (PPP) and while it can flex its muscles at the provincial level, it hardly has a say at the national level.

As for the Balochistan Awami Party (BAP), it comprises dissidents of the two PMLs and was formed just ahead of the general elections and has seven seats in the National Assembly.

Given the fractured verdict, cobbling together a coalition may be challenging for PTI, but not very difficult as it can offer the carrot of power to various parties and independents.

Assuming that the party is able to garner a majority, Imran Khan’s hands will be tied due to the various pulls and pressures of the alliance partners. Whether he will be able to provide basic governance, let alone even look at development and diplomacy, is to be seen.

Another worry for the PTI is the reports that the PML-N and PPP had agreed to formulate a “coordinated joint strategy” in the National Assembly. In the end, these might be mere pinpricks but they can have a debilitating effect on the government’s attempts to deliver.

Finally, there is the “deep state”. The Oxford Dictionary defines this as: “A body of people, typically influential members of government agencies or the military, believed to be involved in the secret manipulation or control of government policy.”

Logically, in Pakistan’s case, this would be driven by the Inter-Services Intelligence (ISI) spy agency (under control of the Army), whose propensity for creating instability is all too well known on both sides of the border. Its moves will be closely watched by Pakistan’s principal political parties as also by India’s ruling establishment.

The question is: Will the new prime minister toe the line or will he be able to chalk out an independent policy. From all indications, Imran Khan would probably remain an establishment man.

(Vishnu Makhijani is a senior journalist. The views expressed are personal. He can be contacted at vishnu.makhijani@ians.in)

India shows support for Palestinian cause at UNSC, condemns Hamas’s attack but bats for two-state resolution