Indian Muslims : The road ahead! 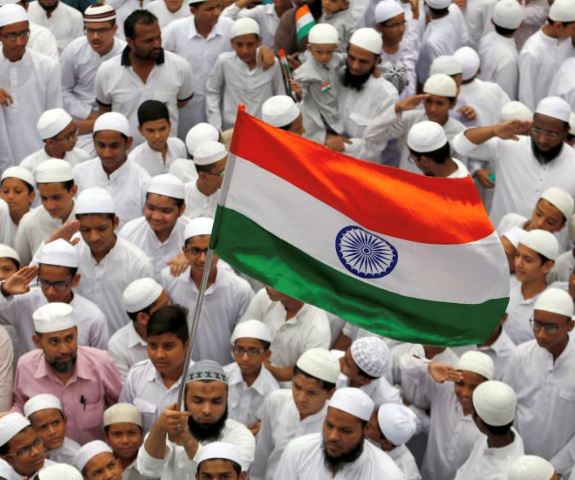 The 200 million Indian Muslims although diverse in languages, dressings, cultures and behaviors they have at least one thing in common i.e. the same slave master. Since 1947 the policy makers who have been deciding on the grim future of the minority Muslim community of India come from a single ruling family of the Sangh. The ruling clan appears to project different entities with different political flags and slogans to befool the Muslims every five years during elections but there has not been even a fractional diversion from the focused policy of total destruction of Indian Muslims.

The devildom of Majoritarian democracy had enough cracks to toss the innocent Muslims into oblivion. With each passing year the intangible bondage of slavery grew bigger and bigger.

The first step was to unarm and blunt the defensive capability of the (once brave freedom fighters) Muslims across the length and breadth of India. It was not a question of Muslim loyalty to the nation as they had already proven their deep love for mother India sacrificing the maximum number of sons and daughters in the form of Ulema, revolutionaries, scientists, writers, freedom fighters, military personnel, Azad Hind Fauj and Gandhians. It was about the centuries old hatred towards Islam that these post-independence neo-cons of India had a chance to express with total disrespect to democratic or human values. It is a story of the Indian Muslims journey from a patriotic martial race into being projected as petty criminals and terrorists. The smear campaign and the cold-blooded dehumanization project have many other aspects.

Although disarmed Muslims in post-independence India still had the valor intact and were aware of the necessity of self-defense, the lions knew how to hunt. It was both urgent and important therefore for the new ruling clan to subvert the martial race into a sinful, fearful, toothless bunch of cinema-goers whose moral weakness would bring them to the doors of their masters with the begging bawls as the project land-usurpation was already launched in the background and was pushing the once Muslim landlords into dire poverty. This was the time of total confusion for the Muslims. Man-made calamity was befalling them like hailstorms. And whenever common sense and unity appeared to prevail a riot mob was unleashed onto them in the name of communal disturbance forcing the now poor and unorganized Muslims to flee from their lands and homes mostly being killed in the run. Masquerading as well-wishers the ruling clan wearing Khadi dress exhibiting nationalism did come to shed crocodile tears over the deceased only adding to more confusion. Why would the unresponsive leader who refused to attend the SOS calls from the Muslims chose to attend the funeral prayer with tearful artistry?  Muslims jumped into debates over the veracity of sympathetic gesture of the killer in disguise.

Majority of Indian Muslims although displaced, were both honest and educated till that time. Launching a re-education program to destroy their mental faculties was the need of the hour for the Sanghi masters to be able to rule the Muslims forever. Hosts of madrasas, schools and seminaries were floated to derange the enlightened community. Didn’t you see how the current Fake Beti Bachao, Beti Padhao ( save the girl child, educate the girl child ) thrust is forcing Muslim girls to hate Islam and shamelessly challenge the Sharia laws in Godless courts. Sinister plans like this have always been chasing Muslims societies since 1947. Open glorification of lies, deception, adultery, bank-interest, apostasy and murders has been unchained through institutions, media, news , magazines, books and door to door campaigns in order to destabilize the mind of the believers. And if in a reeducation-triggered state of perplexity Muslims committed a minor mistake they were immediately detained and framed as dangerous criminals and terrorists by the ruling clan’s police and judiciary. The attack on Muslims has further increased since 2014 and continues till today.

What is the way out?

A smashing brake needs to be slammed on the illusionary euphoria of the legendary virtues of democracy and secularism before another generation of Muslims falls prey to the ruling vultures. A total rejection of the entrapment and slavery at the grassroot will enable the Muslims to think beyond the shackles of fascism. A life beyond the vicious circles of fake education, sham healthcare, dummy parliament,  counterfeit food , phony security, extrajudicial killings, terrorist tags, communal aggressions, social discrimination, legal injustices, economic sanctions, inaccessibility to resources , forced illiteracy, ghettoization, and a life in fear and pain. Say no to all those who offer to rule you.

A new treaty needs to be signed with anyone who the majoritarian choose to rule themselves. God has chosen us Muslims to be born in India but has not appointed you (whoever claims to be the ruler) to govern our soul and body as per your whim and fancy. The creator has set us free. We are liberated to be ruled only by the divine laws codified by God himself, mind you, we didn’t allow the gun totting British to browbeat us into their obedience, we won’t allow  Sanghis either. Let’s join hands, unite in determination to force the ruling tyrants to cough up our usurped lands, from Hotel Taj in Delhi to Amabni’s Antilia in Mumbai all built on waqf lands, thousands and thousands of our real state stolen and occupied by the ruling thugs and their cronies must be reclaimed by the resurgent Muslims even if needed by legitimate force. A proportional share in the natural resources of the motherland alone can do justice to the minority Muslims of India anything else will be the perpetuation of the decades old savagery.

Share
Previous 6 killed in Kabul prison suicide bombing
Next What should be the Muslim Agenda ?