India is world’s largest democracy and on Tuesday celebrated its 70th independence day with great fervour. Prime Minister Narendra Modi from the ramparts of red fort talked about development, inclusiveness, harmony, cohesion and said he wants to make ‘New India’ by 2022, when India will celebrate its 75th independence day, but is anyone listening or paying heed to PM’s vision? The past three years, ever since Modi regime came to power has been marked with conflicts, arguments, debate on secularism, minority rights and host of other issues that have taken centre stage over many prevailing and relevant issues and as a result Indian Republic has suffered a great deal.

The case of so called liberal and messiah of Muslim leader Asaduddin Owaisi is quite a curious one. The leader of All-India-Majlis-e-Ittehadul Muslimeen party or AIMIM talks about minority development, their progress, secularism and how Muslims can be uplifted from the abyss of poverty and mal governance. Owaisi claims that he is the voice of oppressed and marginalised section, but on the contrary very subtly sabotages the very same section. The so called liberal leader, day in day out spews venom against the current dispensation and says that they are trying to destruct a certain section with their ideology and mindset. Muslims in India have over the years has been treated unfairly and so called clerics and self-championing leaders are doing the damage in the name of upliftment of Muslims and are indulging in self-promotion.

Asaduddin Owaisi talks a big game about equal rights, but he is the same individual who is against the archaic and inhuman process of abolition of triple talaq and believes that the barbaric process of triple talaq should continue without taking into account misery suffered by innumerable helpless women of his own community. He has a problem of chanting ‘Bharat Mata ki Jai’ or singing ‘Vande Mataram’ and says that he will not be pressurised into chanting patriotic slogans and says that he doesn’t need certificate from right wing groups. You are right Mr Owaisi, no one is asking for the certificate of your patriotism, but is it really that hard to chant slogans which are India centric!

Asaduddin Owaisi claims to be a pious secular (in fact, practices pseudo secularism) but when his brother Akabaruddin Owaisi in broad daylight addresses a rally and says that remove police for 15 minutes and then I will show who can save Hindus, if that is not inflammatory speech or hate speech that I don’t know what hate speech is? Owaisi, on one hand, says that terror has no religion and quite spectacularly fights cases for ISIS accused. The notorious examples are endless and even though he lives in India his heart still beats for Pakistan and by bashing government and right wing, he claims to be the flag bearer of secularism and tolerance.

Narendra Modi said that he believes in ‘Sabka Saath, Sabka Vikas’ and not in minority appeasement. Congress, when it (mis) governed India for 60 years always played vote bank politics and pandered to the fringe elements to stay in power. The current government doesn’t believe in discrimination on the basis of caste, creed or religion and has a strong belief that if India wants to grow then it has to break above mentioned barriers. Indian Muslims want jobs, security, development, peace and harmony and leaders like Owaisi just to garner some votes will play their petty kind of politics and will create conflicts between Hindus and Muslims.

The ‘New India’ can only be created when Muslims become part of mainstream and Mr Owaisi, if you truly believe in Indian democracy then you have to play for team India and be open to the idea of Republic of India. 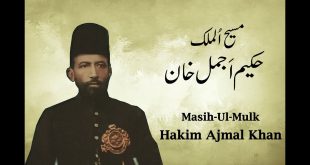 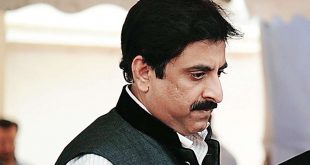 First Muslim MP elected to Parliament from Maharashtra in 15 years 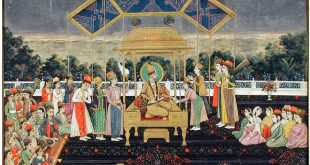 In the 1680s, a Safavid embassy en route to Southeast Asia stopped briefly in Madras, …