Is there Intelligent Life on Earth?

Christianity has been called arrogant toward nature and charged with being the historical root of our ecological crisis. It is therefore appropriate that we not only explore the Christian and Biblical basis of land conservation and stewardship, but go beyond that to ask the question, ‘What is the root of our ecological crisis?’ The following article addresses this criticism by presenting land conservation and stewardship from a Biblical worldview, and challenges Christians to apply the Biblical principles of Christian stewardship to the use of God’s Creation. https://answersingenesis.org/environmental-science/stewardship/the-root-of-our-ecological-crisis/

So, what’s the solution Islam offers?

The hallmark of the Qur’an and Sunnah is their wisdom. They go to the root of a problem, whether religious, social, economic or political, and offer practicable and effective solutions to problems. Beyond that, their teachings go a step ahead: they do not allow problems to arise. To create diseases, physical or moral, and then work on cures, as the nations of the East, but more particularly those of the West do, is a stupid idea. Why not curb the diseases and stamp them out before evil consequences raise their ugly head?

Environmental pollution is a problem created by individuals. Their beliefs determine their attitudes, which conglomerate and crystallize into the behaviors and attitudes of societies. In turn the opinions and persuasions of societies influence and bring to pass behaviors and attitudes of the individuals. Thus, there is a complementary and reciprocal relationship between societies and individuals. Yet it is not a vicious circle. It has a starting point. And the starting point is the individual. Individuals press the button and start off chain reactions.

Consequently, the Qur’an and Sunnah address the individuals, through and through. And, out of the two sexes, though without completely ignoring the other, they address the males – for the strength and upper hand that they enjoy. It is the male who makes the rules and enforces them: “Shut up,” he says to his wife, “you will not flirt with other males hereonward. Do you understand that?” and she is cowed down. If she still shows the tendency, the Qur’an tells the male, “Beat them up.”

Today’s environmental problem is not the problem created by societies, or governments – although they do contribute. But it is primarily a problem of the individuals. And the individual’s problem is greed: greed unlimited. The West – blind as it has become to the truths and wisdom – refuses to recognize this. To solve the problem which is now global, the world bodies pressurize the governments: “Cut down your carbon, set automobile exhaust standards ..” and all that blab blab. The governments pass on the problem to departments. Department seek help from the scientists. Scientists send rockets into space: “Go and look what could be wrong!” The problem is not in space. It is in the hearts. But the scientists do not believe in a heart. They believe in a pump. The pump’s specialist is called “Cardiologist!” Ultimately the half-hearted, half-finished efforts produce fat files, and the episode fizzles out to some corrective and random measure here and there, which cannot alter the situation greatly. What is at the heart of the problem was never addressed.

By controlling the individual’s greed and avariciousness, Islam allowed the Earthians, the luxury of fresh and fragrant air for a thousand years. If not for Islam, the present-day situation would have been arrived at a thousand years ago.

Islam stood as a wall between humankind and suicide traps that have now been laid by the Nobel Prize winners. He who never ate his full for two consecutive days in Madinah (may peace be upon him), said, “Eat, but to one-third of your stomach.” And, “If you are taking a holy wash by a riverside, do not waste water.” He said, “Indulge in what comes your way, but do not run after the material things.” When the noblest ever found a date in the dust he picked it up and said, “If not for the fear that it could be of charitable origin, I would eat it.”  The Qur’an said, “And render the kinsman his right and the poor, and the wayfarer. And squander not squanderingly. Verily, squanderers are brothers of the Devils; and the Devil is ever ungrateful to his Lord(17: 26, 27). And, “And the day the unbelievers are exposed to the Fire, ‘You exhausted your good things in the life of the world, and enjoyed them well. Today you shall be recompensed with a punishment of extreme humiliation for that you waxed proud in the earth without right, and for that you were wont to act corruptions’” (46: 20).

After a thousand years on the sane track, came the end of romance with Islam. Muslims began to flirt with the Western Dame. The rise of Kufr was a pre-ordained consequence.

The West brought industrial revolution. Industrial revolution required mass production. Mass-produced-products required mass consumption. Mass consumption required greed in the masses. Now, everybody wants everything. Imagine, if each individual is to have a mobile, you need 7,000,000,000 of them weighing 1,000,000 tons of a variety of materials; and around 2,000,000,000 tons of material to give each family a little car.

The Earthians polluted the air they breathe, the water they drink and the food they eat. And greed wasstill being promoted. But more, taunts were added. The West boasted: “We have so many cars, so many internet connections, so many …, so many …. So you are inferior, we are supermen.” The East ignored the taunts for a while. The Islamists said, “It is moral principles, values, noble ideas, and ideals that matter, not material development.” Replied the West, “That is the philosophy of the lazy, the defeated, the low on gray matter. Stay in the pre-Iron age. Watch as we march.” From another lane the Darwinians blared: “Will you never learn the rule we have worked up? It is ‘Survival of the fittest?’”

But when the Muslims faltered, and others of the East saw that they would not reply stone with stone, bullet with bullet, taunt with taunt, they rose up to answer the challenge: Japan, Korea, the Asian tigers while the taunting veterans were busy in Vietnam;and China, while the veterans were busy slaughtering the peasants in Afghanistan and Iraq. The taunted said: “Taunt us, do you? Wait for a while, and we will show you who the fittest is.”

Consequently, things are becoming unmanageable on the planet Earth. West’s, moral leadership is lost, intellectual edge is blunted, and material captainship is gone. Like the CEO who flees when he fails his industry, they wish to flee the earth. They arelooking for another planet, where they can start from the start. From the moon that showed a human face, to the Mars which lured with river-lines, beyond the gas planets, they managed to reach the next Solar System in their search for a place to land: the Alpha Centauri. But, like the house wife in the East, telling the familiar weeklybeggar at the door, the next Solar System answered, “Next door please.” Now, the hunt is in the depth of the Galaxy, but not too deep, for it is a little too hot at the core, but within a very short distance: short enough to allow them reach an Earth-like planet (about to be discovered) in 100 years, if they cruise at a comfortable (and of course, achievable: so say the scientists) speed of 110,000,000km. per hour.

The search for an Earth-like planet in the cosmos is actually more than a planet to escape to. It is to discover whether there is any intelligent life elsewhere in the universe. The project is called Search for extraterrestrial intelligence, SETI for short. It began in the 60s of the last century. Those who were most enthusiastic about it are by now dead, but others doggedly continue. “In 1961 Frank Drake had presented an equation listing seven factors that would determine how many civilizations would be calling upon us.” (We are not Alone, Walter Sullivan, Plume Book, p.xii, 1994).A meeting had been organized, attended by 11 top class scientists to discuss whether intelligent life could exist in other parts of our galaxy and whether it was possible to contact them. The host was Frank Drake. One morning a note was found glued to the door of his office. It said, “Is there intelligent life on earth?” (Ibid p. 250)

The Qur’an often remarks about the unbelievers: “They have no sense,” or, “little do they think,” etc. Many Muslims wonder, “How can the Qur’an say such a thing about those who have gone to the moon?” They wonder because they do not know how to define “intellect” and, do not understand the human mind. In fact, many Muslims of the modern times seem to have the same kind of minds that their ideal personalities have.

Consider: have those people any sense in their heads whose highest religious authority orders them kill 55 million people in the name of God; who kill 50 million fighting each other over nothing (during WWII); who kill, and kill, and kill millions of Jews and then use a respectable body to steal a land every inch of which was occupied by Palestinians; who supply the deadliest of weapons and billion upon billions of dollars to the illegal state to push the Palestinians out of their lands, and then say in headlines as BBC does: “Terror tunnels of Gaza,” who call the on-going invasion by the Jews of a 70×10 km Gaza strip as “Israel-Gaza conflict;” who refuse to mention that the strip is cut off from the rest of the world since last 10 years by Israel, which does not allow even a screw to enter Gaza? You may call those behind this as wolves in neatly cut suites, gentlemen in their words but goons in their actions, or whatever else you may call them. But our question is: Would any but a fanatic himself say that they have any sense in their heads?

It is as if to echo our words and ideas that we read a report that has just emerged. Some time back Australia had imposed a special carbon tax in order to cut down carbon emission. Just this month it was abolished. And the words we have used are echoed in the headlines of a news report. Says the headline: “Australia’s axing of its carbon tax, and a plan to replace it by offering incentives to polluters to increase their energy efficiency is the perfect storm of stupidity, scientists and academics argue.” (https://au.news.yahoo.com/thewest/business/)

The solution to the environmental pollution problem will not come from the brain. It is related to a problem in the heart. Solutions worked out by the brains will never solve any problem, let alone one which is global. They could worsen it. The Qur’an says, “Allah knows, and you know not” (2: 216). Those who claim proudly, “We know,” are the most stupid in life.

Consider: could the Qur’an have the last word? 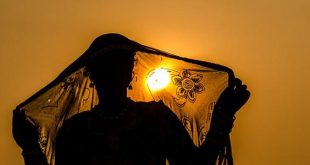 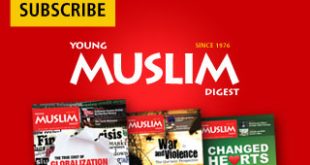 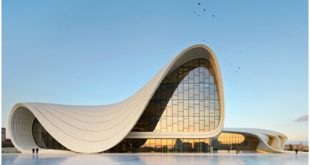