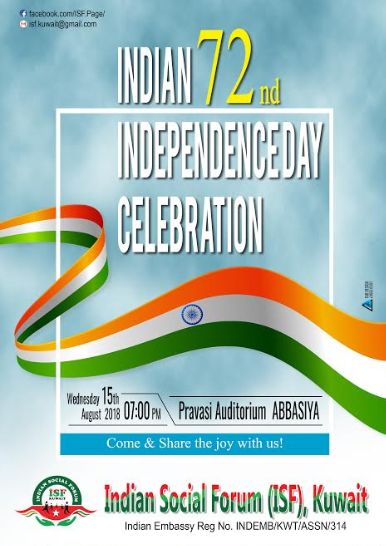 The Program shall commence at 7.00 PM on Wednesday, August 15 in Pravasi Auditorium, Abbasiya.

Representatives from various organizations and Social Activists shall participate in this grand event and all are welcomed to join in the celebration.