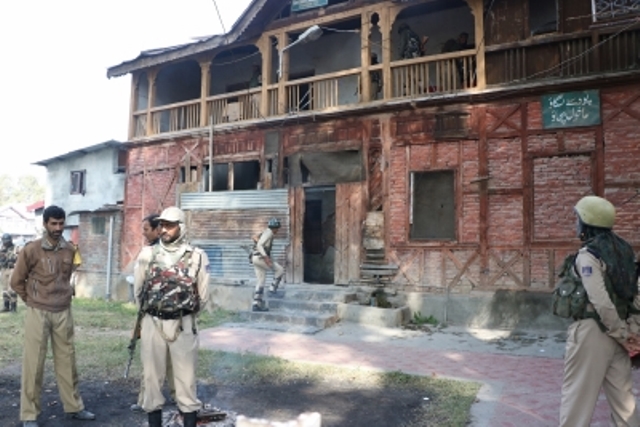 Jammu/Srinagar, Oct 10 : People in Jammu division voted with enthusiasm on Wednesday in municipal elections but there was poor voter turnout in the troubled Kashmir Valley — in a repeat of a trend also seen in the first round of the four-phase battle.

Till noon, Bandipora topped the voter turnout at 22.2 per cent in the Valley while in Srinagar, Baramulla, Kupwara and Anantnag districts the voter participation was a feeble 1.4, 3.7, 3.3 and 0.8 per cent respectively.

An overwhelming deployment of security forces ensured that the voting remained peaceful despite militant threats to disrupt the polls being boycotted by the two main parties in the Valley — National Conference and Peoples Democratic Party (PDP).

Ramban district at 62.9 per cent topped the voting percentage in the Jammu division.

There was visible reluctance among people to join the democratic process in the Valley. Two lone candidates were declared elected unopposed in Kulgam and Badgam districts.

The municipal polls are now effective only in 11 districts of the state in the second phase — six in Jammu division and five in the Valley, where a separatist campaign raging since 1989 has left thousands dead.

Jammu and Kashmir is holding municipal polls after 13 years.

A total of 1,029 candidates are in the fray in 263 wards in Kathua, Udhampur, Kishtwar, Reasi, Doda and Ramban districts of Jammu region and in Anantnag, Kupwara, Srinagar, Baramulla, Bandipora, Badgam and Kulgam districts of the Valley.

The Communist Party of India-Marxist (CPI-M) is also boycotting the elections.

Separatists have called for a protest shutdown in areas where voting is scheduled in the Valley. Militants have issued threats to the candidates and asked voters to keep away from the balloting that would end at 7 p.m.

“Why are polling booths opening at 6 a.m.? If I believed conspiracy theories, I would believe it’s because journalists would not be around to verify the genuineness of voters at that very early hour,” he tweeted.

The third and the fourth phases of the municipal polls would be held on October 13 and 16. The vote count will take place on October 20.(IANS)