Breaking News
Home / Muslim Mirror / ‘Janadhaar’ : A way out to save Indian Democracy

‘Janadhaar’ : A way out to save Indian Democracy 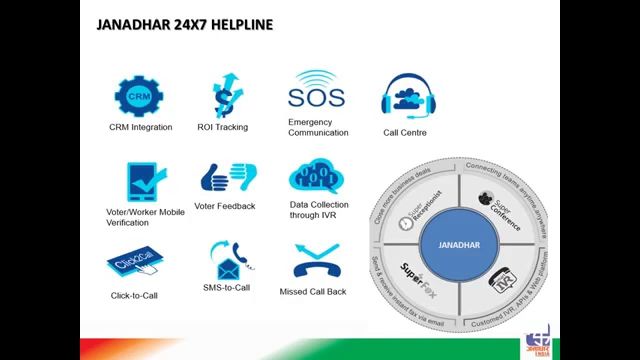 The way money, muscle and media is increasingly dominating over Indian politics and ultimately the Governance, we are really threatened to foresee the future of Indian democracy. So despite all clashes between the political parties and their leaders, every Indian should strive to protect the  democratic system of the country.

Though all parties are raising calls to clean the politics, they are really finding it difficult to trace genuine candidates connected with their citizens. So in attempt to win elections, all political parties are nominating persons who have money and muscle power . At grass root levels the voters have lost access to their political representatives, and political parties need huge funding to contest elections. Candidates are auctioned for money, and media are paid for campaigning. Where is our democracy heading for?

It is thus required that the Election Commission of India should initiate program like Janadhaar to create institutional infrastructure for the voters of India to allow them endorse nomination of candidates of their own choice in elections instead of selecting among the candidates nominated by political parties without any Janadhaar of their respective voters.

Janadhaar will be an interactive database programe with following features:-

1. It will be a sketch of all electoral constituencies of India with option for persons to register as electoral candidate. Such persons can post their requests seeking voter’s endorsement for nomination in any particular election. Such posts may contain their performance reports and manifestos or promises to voters of their constituencies.

2. It will allow every voter to register and see details of candidates in their constituencies before endorsing any particular candidates for nomination in particular election.

3. The database programme shall maintain all records endorsed by all voters to finally reflect the total number of endorsement drawn by particular candidates.

4. The programme will give a platform for communication (through chat or mail) between the voter and electoral candidates in particular constituency.

5. The result of voter’s endorsement shall be messaged to particular voter and the final result may be declared on specific date mentioned in advance before the campaign.

2. This program will avoid excessive use of money and muscle power in nomination of candidates and their campaigning during elections.

3. This program will eliminate the need of sponsored exit polls by paid media or institute.

4. Based on Janadhaar the political alliance may easily resolve nominating candidates of particular political parties in respective constituencies.

5. It will provide platforms to the poor but potentially honest and genuine candidates to prove their Janadhaar as eligibility criteria for nomination in particular elections.

There will be extra precautions to protect the database from hackers and other criminals. The application will be web based but accessible in both computers and mobile. The links of Janadhaar page can be circulated among users through social media like whatsapp and Face book etc. All users would be registered with respective mobile numbers and be required to enter OTP to use the platform for putting their views or further editing their views.

For any reason if the Election Commission of India cannot initiate programme like Janadhaar, the same may be floated by group of people by registering any public Trust. The trustees would need to take an oath that they will never contest any political election nor align with any political party. The trust and its trustees would never endorse any political party or their candidates. Rather would keep striving to work protecting and promoting Indian democracy. However in case of no public support, all political party or candidates would be allowed to subscribe, support, and promote the programme called Janadhaar.

(Syed Zahid Ahmad can be contacted at economicinitiatives@gmail.com)