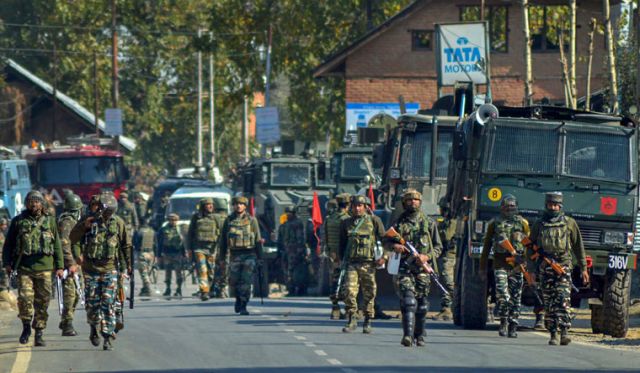 Srinagar, March 11 : Family of Jaish-e-Muhammad (JeM) commander Mudasir Khan has identified his body as one of the two militants killed in Tral encounter, police said on Monday as it awaited forensic reports.

“One of the two slain militants has been identified as Mudasir Khan, alias Mohammad Bhai, JeM commander believed to have masterminded the February 14 Pulwama terror attack in which 40 CRPF troopers were killed,” an officer said.

The two were killed in the Sunday gunfight with security forces in Jammu and Kashmir’s Pinglish village in Pulwama district.

“The second militant also belongs to the JeM, however, his exact identity is yet to be ascertained,” the officer added. “DNA tests will be carried out as the bodies have been charred.”

It is the JeM commander’s family which came forward and identified him, the police officer said.

The house in which the militants were hiding was completely destroyed in the operation by the security forces.

The army said three militants were killed. The police has so far, though, recovered only two bodies.

The JeM had claimed responsibility for the suicide bombing in Pulwama on February 14 that left 40 Central Reserve Police Force troopers dead in the worst ever attack since militancy began in Jammu and Kashmir in 1989.IANS