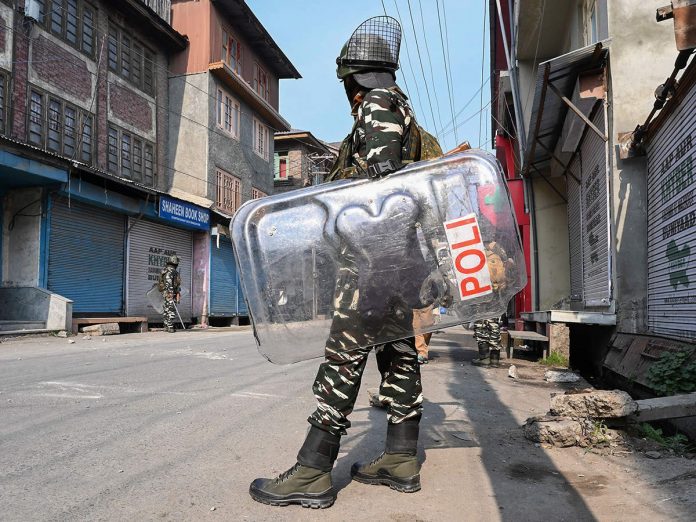 New Delhi: Posters have been put up by the police in the Kishtwar region of Jammu and Kashmir asking people to provide information leading to the arrest of three “active militants” against a cash reward of Rs 30 lakh.

Mohammad Amin alias Jehangir Saroori and his two accomplices, Riyaz Ahmad alias Hazari and Mudassir Hussain, have been instrumental in reviving militancy in the region.

“They are active in the jungles of the area,” he said.

The poster which with the photos of the three militants says that identity of the informant shall be kept secret.

Two mobile phone numbers have been given out for giving the information to the police.

The Chenab valley in the Jammu region was a hub of militancy in the early nineties, but it was totally curbed and the twin districts of Doda and Kishtwar were declared terrorism-free a decade back.

Militancy, however, showed signs of revival in the area after senior BJP leader Anil Parihar and his brother Ajit Parihar were attacked outside their house in Kishtwar on November 1, 2018, while RSS leader Chandrakant Sharma and his security guard were killed near the district hospital on April 9.

The posters calling for the militants” capture are an indication that the police want to prevent any resurgence of militancy in a region which has remained largely peaceful for over a decade now.

Share
Previous Hyderabad Institute of Excellence to conduct scholarship exam
Next First-time ever, an efficient TB vaccine launched in Hyderabad