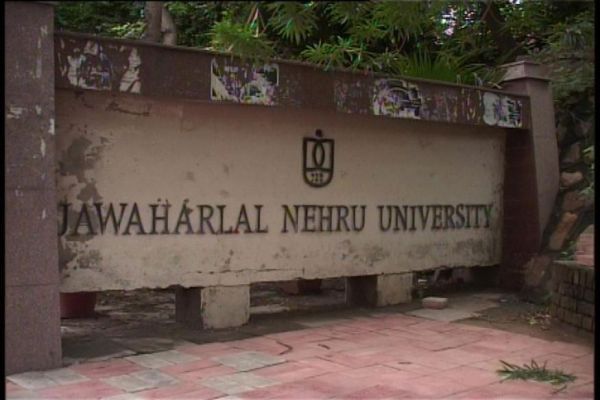 New Delhi : Since the RSS controlled government had come to power at center   universities and other academic institutions are facing the saffron onslaughts each passing day. Right from physical attacks on students and teachers by saffron brigade the very character of the premium educational institutions of nation are on stake and they have become the main targets of BJP led government because these institutions promote free thoughts and scientific temperament which doesn’t suit the rightist government.

Academic and educational institutions like Indian Historical Congress, Film and Television Institute of India (Pune) JNU, HCU, AMU BHU are at receiving end because these institutions are resisting against undeclared dictatorship of Modi government by tooth and nail.

Since the JNU had been epicenter of resistance and dissent voice, so its facing   the worst. The recent example   is the introduction of courses like Islamic Terrorism, Naxalism and Insurgency etc.

According to a PTI report The Jawaharlal Nehru University (JNU) Academic Council “passed” a proposal on Friday  to set up a Centre for National Security Studies under which there would be a course on “Islamic Terrorism”, a professor who attended its meeting today said.

Many members of the Academic Council opposed the proposal to impart courses on ‘Islamic Terrorism’, arguing that it was communal in nature, Sudhir K Suthar, a special invitee to the 145th meeting of the Council, said.

“Many members opposed the topic ‘Islamic Terrorism’ so as to not club any religion with terrorism, and suggested to call the phenomenon ‘religious terrorism’,” Suthar, who is an office-bearer of the JNU Teachers Association (JNUTA), told PTI.

“There was a debate on the issue in the meeting with many members supporting it too, saying that it was a globally accepted phenomenon and majority of the cases (of terrorism) were associated with the religion,” another Academic Council member, who was present in the meeting, said.

“The chair passed the proposal and said the objections would be considered (later),” Suthar said.

The draft of the proposal was prepared by a four-member committee headed by Ajay Kumar Dubey, a professor of the Centre for African Studies.

According to the proposal, in the first five years, the centre will only focus on research activities.

“The centre may have only M.Phil and Ph.D students (initially). After five years, the centre may start MA programme. In the first year, two professors, two associate professors and four assistant professors may be recruited to give the centre a good and visible shape,” according to the proposal.

Dubey told PTI, “Report was circulated for feedback and discussion. All suggestions including objections will be considered by the committee (later).”

Opposing the move, JNU Students Union president Geeta Kumari said, “In a deeply problematic and shocking move the JNU VC also allowed the tabling of a course/topic on ‘Islamic Terrorism’ under the Centre for National Security Studies.”

“This grotesque propaganda of Islamophobia in the name of academic courses is deeply problematic. It seems the RSS-BJP’s election propaganda material will be prepared through these courses rather than studying the nature of terrorism in general,” she added.