Lailatul Qadr | Read Full Story about the Night of Power

A major event took place in the last 10 nights of the blessed month of Ramadan is the arrival of Lailatul Qadr which is also known as the Night of Power, Destiny or Decree. Due to the merits of this blessed night, our beloved Prophet (SAW) used to exert Himself greatly in worships during Lailatul Qadr. Prophet Muhammad (PBUH) said: “Whoever stands (in prayer) in Lailatul Qadr out of Iman (faith) and seeking reward then his previous sins are forgiven” (Bukhari). 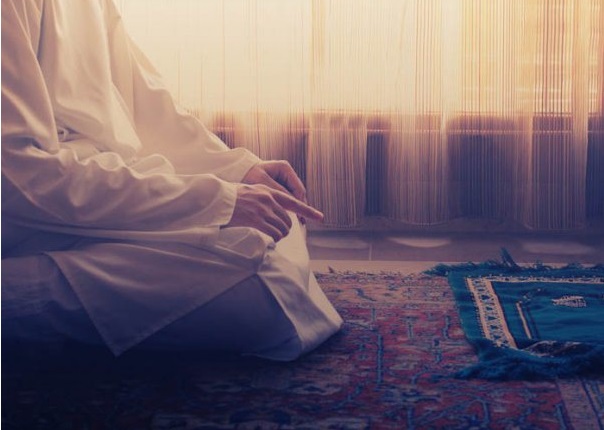 There is a story of seeking Allah Almighty by the young man of Arab almost 1400 years ago. It is the time when Arabs were involved in gambling, the society was full of corruption and hatred. There was not only the false belief in idols but idol worship inside the House of Allah itself and also prostitution was common. People were cheated in the marketplaces, killed for petty reasons and there would be no justice. The strong overpowered the weak, and slavery was widespread in Arabs at that time. It was the time that there existed a young man by the name of Muhammad (PBUH). He (SAW) was very disabusing by society. All of this corruption and evil in Arab society disturbed His noble soul.

He (PBUH) used to go to cave named Hira in solitude and meditate himself in the cave in days and nights before His 40th birthday. In the month of Ramadan in 610 CE, the Prophet Muhammad was meditating as usual in the cave of Hira when He (SAW) was visited by the Angel Gabriel.  According to sources, Gabriel seized Him and squeezed the Prophet (SAW) to the point that He (PBUH) thought He was going to die, and issued a command. He said, “Iqraa’ which means Read!” The Prophet Muhammad (SAW) was illiterate and responded that He (SAW) could not read. Two more times, Gabriel repeated the command and the Prophet (SAW) responded with the same answer. Then, Gabriel revealed the first verses of the Quran to the Prophet (PBUH): “Read in the name of your Lord who created. Created man from an embryo. Read and your Lord is Most Honorable and Generous. The One who has taught by the Pen. Taught man that which he had no knowledge of” (Quran, 96:1-5)

All of this was what happened on the Night of Power (Lailatul Qadr). Without any doubt in the history of mankind the greatest night is probably this night. Its implications for humanity are so far-reaching that is not possible to unravel for any of us. Lailatul Qadr is the night when Muhammad son of Abdullah and the husband of Khadijah (RA) became the Prophet and the messenger of Allah (SWT) the Prophet Muhammad (SAW). Allah Almighty, the Most Powerful, and the Creator of all creation communicated His last message to mankind on that night. From above the seven heavens, Allah (SWT) sent down what is described as “guidance and mercy” which is the last holy book the Noble Quran.

That night Allah sent a message that turned the war-mongering, ruined society of Arabs into the greatest generation of humans that ever walked the face of this earth. That was the Night of Al-Qadr, Decree or Destiny. Allah talks about the significance of this night in Surah Al-Qadr of the Quran, what He says:

Utilize this night in worshipping Allah Almighty and enjoy the peace when you are alone with Allah (SWT). Stay up throughout the last 10 nights of Ramadan, make time for Quran reading, make time for some memorization, even the short surahs, and make time for having the angels of Allah see you in a condition of obedience, peace, beauty, and connection with Allah. May Allah bless us all with an accepted Lailatul Qadr! Ameen